The holidays can be rough for people without a support system of friends or family, which is why one Michigan restaurant’s Thanksgiving offer has spread so rapidly across social media.

Northville, Michigan, restauranteur George Dimopoulos, who owns George’s Senate & Coney Island, was homeless at one point in his life, so he makes the same offer every Thanksgiving and posts it in the front window of his restaurant: “If anyone is home alone, come eat with us for free!”

“It makes my heart feel good to do it, and help a little bit,” Dimopoulos told WILX-TV.

According to WILX, Dimopoulos grew up in Greece and arrived in the states at 23 years old. He struck out from home at the age of 12, fleeing a rural and impoverished childhood with seven brother and sisters. Homeless for a time in Athens, he remembers surviving on the kindness of strangers and hopes to provide the same kindness for others.

Dimopoulos’s sign was snapped by a passerby and posted online, where it quickly spread across social media. He said he usually receives a few dozen visitors every year taking him up on his offer, though that figure might be slightly this year, owing to the restaurant’s newfound fame. 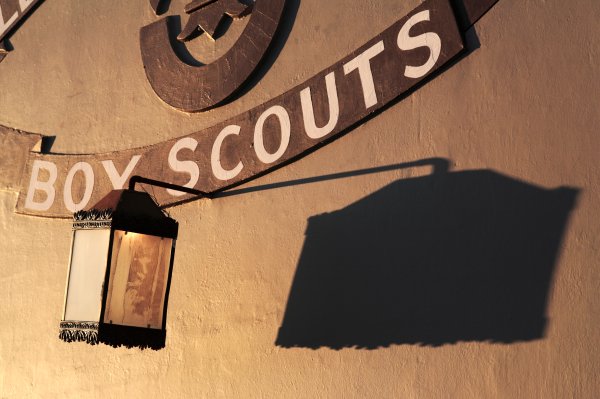