In the wake of the devastating terrorist attacks in Paris and Beirut, our thoughts and prayers are with the victims and those who lost loved ones. Working together with our allies and friends, we have to step up our fight against terrorism.

Unfortunately, our current strategy isn’t making us safer. The number of innocent victims of terror is up 4,000% since 9/11 despite the $1.7 trillion taxpayers have spent on counterterrorism, including the wars in Iraq and Afghanistan that claimed the lives of more than 6,800 American troops and 6,900 American contractors.

If our existing strategy of drone strikes, proxy wars, and toppled governments isn’t the answer, what is?

As a doctor, I know that attacking symptoms isn’t the same thing as finding a cure. I’m also mindful of what the Cold War official and nuclear strategist Paul Nitze said: “One of the most dangerous forms of human error is forgetting what one is trying to achieve.” If we are to eradicate ISIS once and for all, it’s time to take a hard look at what is fueling its growth: money.

ISIS’s reserve of an estimated $2 billion makes it the world’s most well-financed terrorist organization. Airstrikes have impacted ISIS’s oil trade, but there’s one form of funding we can put an immediate stop to: donations from citizens, purported nonprofit groups, and governments or private sources in Gulf nations including Saudi Arabia, Qatar and Kuwait. A report from the world’s foremost international body on terrorist financing, the Financial Action Task Force, concludes that ISIS is using grassroots donations through the Internet and that foreign donor support will become more critical as other funding streams are stunted.

ISIS’s power has also been magnified by the massive arsenal of arms they’ve received from our so-called moderate allies in the Syrian and Iraqi armies. Hundreds of millions of dollars worth of military equipment paid for by American taxpayers are in ISIS’s hands.

Like a broken record, Washington keeps asking these partners to stop supporting jihadi groups. The trouble is, they never listen.

This unholy circle of death needs to be shut down once and for all. Esquire’s Charlie Pierce is right: let’s be done with it. From now on, our message to these governments and their ruling families must be clear: take accountability for your role in murdering our citizens or we will freeze your assets. Locate the citizens who are financing terrorism and lock them up or we won’t sell you a single missile or fighter jet. The U.S. does not do business with terror financiers, period.

Former Secretary of State Hillary Clinton likely knows where these terror dollars are coming from. In a 2009 memo, Clinton stated that Saudi donors were the largest funders of Sunni terrorism. Cables tied Saudi funding to al-Qaeda, the Taliban, Hamas, and other militants, and also said that Saudi government was in contact with the Haqqani network. (This didn’t stopped the Clinton Foundation from accepting between $10 and $25 million in donations from the kingdom of Saudi Arabia or between $5 and $10 million in donations from the state of Kuwait.)

I called a year ago for a Declaration of War against ISIS because it had become clear that we needed to establish a constitutional way to defeat terrorism. Congress should show the same seriousness about the conflict that we ask of our service men and women, and the same dedication to the Constitution that our forefathers exhibited.

The picture on the ground in Syria, Iraq and other areas where ISIS has established control is remarkably murky. We should consider all our options, including intensifying our covert operations and perhaps considering coordination of air power with Russia, as we determine a winning strategy to eliminate this brutal scourge once and for all. There is no question that we should continue to partner with the Kurds in Iraq and Syria, the only ground force that has a proven track record of taking territory away from ISIS. We must also insist that our Arab “allies,” who face an immediate ISIS threat, focus on the fight.

But first we must make sure our defense spending matches our priorities. We do not become stronger by adding more debt to finance military actions that lack a strategy. I’m fed up with those who would rather send our sons and daughters to war than turn off the spigot of blood money flowing from these so-called allies.

Our focus at home needs to be prioritizing securing our borders and bolstering our law enforcement. A 2008 RAND study, “How Terrorist Groups End,” examined 648 terrorist groups that were active between 1968 and 2006. In 40% of the conflicts, law enforcement—local police and intelligence—were most able to penetrate and destroy the group; political settlements ended violence in 43% of the time. Military force only destroyed a terrorist group in 7% of the cases.

The tragedy in Paris is unfortunately why we need to be extraordinarily cautious in who we allow to immigrate, visit or study in this country. For years, I have called for limitations on admitting foreigners who want to come from countries consumed with hate for America, and I have called for reinstating a program of special scrutiny for anyone coming here from countries that have hotbeds of radical jihadism. We should help, in coordination with the international community, to curb the refugee crisis, but we must restrict the number of refugees entering America until we develop an effective screening process.

We know the risks of sending our sons and daughters to fight in Iraq and Syria. We’ve seen how easily short-term victories on the ground can give way to unintended catastrophes over the long term. It’s time for a smarter strategy—one that requires a bold display of courage not from our soldiers, whose valor we know all too well, but from the men and women who hold the levers of economic and political power in their hands. 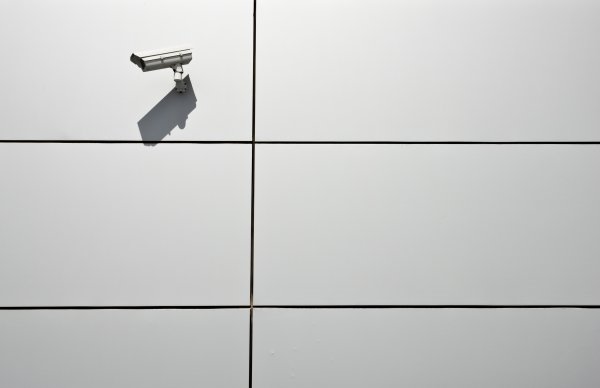