This Is One of the Oldest Known Walt Disney Cartoons

Walt Disney sketch from 1918 being auctioned at Bonhams in New York on November 23, 2015.
Phil Sears Collectibles LLC
By Lily Rothman

Some of Walt Disney’s drawings are among the most famous in history. But not all of them.

Much of Disney’s lesser-known work dates from his very earliest years as an illustrator, when he was just learning the craft. And on Monday, Bonhams will auction the only one of Disney’s World War I-era scrapbooks known to have survived. As a teenager in Chicago, Disney took cartooning classes at the Academy of Fine Arts; somewhere around that time, he gave this scrapbook to a friend at the high school from which he would drop out to serve with the Red Cross during World War I.

As the drawing above shows, the young Disney took a crack at vaudeville-style humor that was popular at the time. But the scrapbook also contains hints of what was to come. The trenches of World War I were often full of rats, who were drawn by the waste and decay inside. Disney’s scrapbook contains several cartoons of the trench rats—making them the earliest known Disney-drawn rodents ever to come to the auction market.

Read a TIME cover story about Walt Disney, from 1937, here in the TIME Vault: Mouse & Man 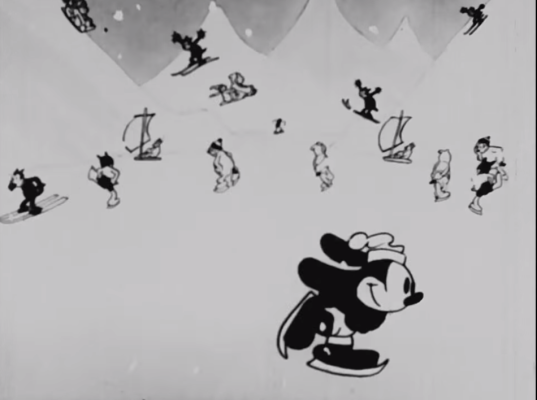