Cases of sexually transmitted diseases (STDs) increased significantly in 2014, according to new data from the U.S. Centers for Disease Control and Prevention (CDC).

The new report shows that cases of chlamydia, gonorrhea, and syphilis have gone up for the first time since 2006. For chlamydia, one of the more common STDs, the CDC reports that 1.4 million cases were reported in 2014, a 2.8% increase in cases from 2013, which represents “the highest number of annual cases of any condition ever reported to CDC.” Each year, more than 70 infectious disease conditions including measles and tuberculosis, are reported to the CDC.

Gonorrhea and syphilis cases also spiked. Syphilis has three stages, and for the first two stages of the infection, the CDC recorded a 15.1% increase in cases from 2013. For gonorrhea, cases have gone up 5.1%.

Women and young people are the most affected by STDs, according to the CDC, but in 2014 the agency reports that increasing rates in men, including among men who have sex with men, are contributing to the overall uptick. “While anyone can become infected with an STD, certain groups, including young people and gay and bisexual men, are at greatest risk,” the CDC writes in a statement. The agency says the increase in syphilis cases is “alarming,” especially since many cases of chlamydia, gonorrhea, and syphilis go undiagnosed and unreported. Exactly why STDs are increasing isn’t clear, so the CDC is calling for more research on what’s responsible — whether it’s lack of awareness or problems with access to testing that is fueling the rise.

In the meantime, the CDC says screening is critical for people who are sexually active. Women under age 25 who are sexually active, or have risk factors like multiple sexual partners, should request yearly chlamydia and gonorrhea tests. Pregnant women should request syphilis, HIV, chlamydia, and hepatitis B tests early in their pregnancy, and gonorrhea tests if they have had recently had multiple sex partners. The CDC recommends that sexually active men who are gay, bisexual, or have sex with men, should get tested for syphilis, chlamydia, gonorrhea, and HIV at least once a year and men at high risk should consider more frequent testing. 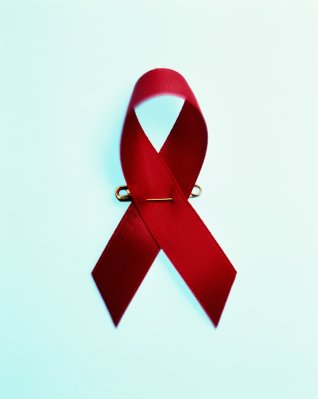 What an HIV Diagnosis Means Today
Next Up: Editor's Pick