Why Republicans Are Pushing Back on Refugees

Governors of at least 26 states have objected to the Obama Administration’s plans to resettle Syrian refugees in their states, as members of Congress introduce legislation to end or suspend the program in the wake of Friday’s attacks in Paris. The effort, led by Republicans—particularly those running for president—drew condemnation from President Obama Monday in a fiery press conference, particularly what he called the “shameful” effort by some to prioritize Christian refugees over Muslim ones. “When some of those folks themselves come from families who benefitted from protection when they were fleeing political persecution—that’s shameful,” Obama said. ” That’s not American. That’s not who we are. We don’t have religious tests to our compassion.”

But Obama’s press conference was also a contentious one as he squabbled with reporters—and by proxy, his opponents—who questioned why he wasn’t shifting his strategy against ISIS in the wake of the attacks. Obama argued that his administration hasn’t underestimated the group’s reach and bristled at those who he said simply “pop off” on strategies to take on ISIS without thought. In a gift to Republican critics, he said he wouldn’t engage in “posing or pursuing some notion of American leadership or America winning.” But for the GOP, the projection of strength is often as important—if not more so—than the strategy adopted, and they’ll hammer him on it mercilessly in the days and weeks ahead.

Sen. Ted Cruz secured the endorsement of controversial Iowa Rep. Steve King Monday, as he seeks to consolidate support among conservatives—particularly with his criticism of immigration reform. He and Marco Rubio have been engaged in a war of words for a week over the 2013 Gang of Eight reform bill, but the Florida senator broadened the playing field late Monday by criticizing Cruz’s vote against controversial government surveillance programs. The pair see each other as their greatest rivals for the nomination.

Jeb Bush is keeping his aim on Hillary Clinton with a new video contrasting their statements on foreign policy. Meanwhile, his financial edge is narrowing as Rubio’s campaign takes advantage of preferential ad rates.

Jeb Bush Loses TV Ad Edge to Marco Rubio
Rubio’s campaign is getting twice the ads for half the price of Bush’s super PAC, undercutting his rival’s cash advantage [Politico]

“I don’t think orphans under 5 should be admitted into the United States at this point. They have no family here. How are we going to care for these folks?” — Chris Christie telling radio host Hugh Hewitt he’s opposed to accepting all Syrian refugees

“What I’m not interested in doing is posing or pursuing some notion of American leadership or America winning, or whatever other slogans they come up with that has no relationship to what is actually going to work to protect the American people, and to protect people in the region who are getting killed, and to protect our allies and people like France. I’m too busy for that.” — President Obama defending his decision to stick with his strategy against ISIS 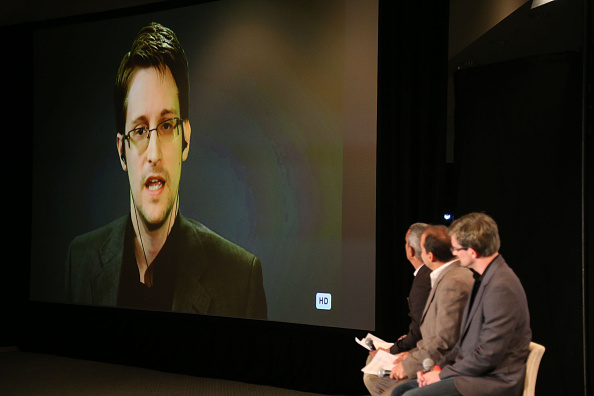 Paris Attacks Fuel New Debate on Surveillance and Encryption
Next Up: Editor's Pick