A healthcare worker helps a colleague dress in protective gear at an Ebola treatment center in Guinea, Sept. 10, 2015
Bloomberg—Getty Images
By TIME Staff

Guinea, the only country still fighting the recent Ebola outbreak, may soon be declared free of the virus after the recovery of the last known infected patient.

A health official in the West African country confirmed that a 21-day-old baby girl had recovered from the virus in the capital, Conakry, the BBC reports. If no new cases are discovered in the next six weeks, the World Health Organization can declare Guinea Ebola-free.

“We did two tests after his treatment and they came back negative,” Fode Tass Sylla of Guinea’s Ebola co-ordination unit said on Monday.

According to Reuters, the girl was born in the Nongo Ebola treatment center to a woman infected with the virus, who did not survive.

The epidemic is believed to have first surfaced in a forested region of Guinea in December 2013. The virus spread to neighboring countries Sierra Leone and Liberia, killing more than 11,000 people and triggering an international humanitarian response. The WHO declared Sierra Leone an Ebola-free country on Nov. 7 after giving Liberia the green light in May this year.

Correction: The original version of this story misstated the patient’s gender, age and release date. The patient was a 21-day-old baby girl who had recovered but not been released at the time of publication. 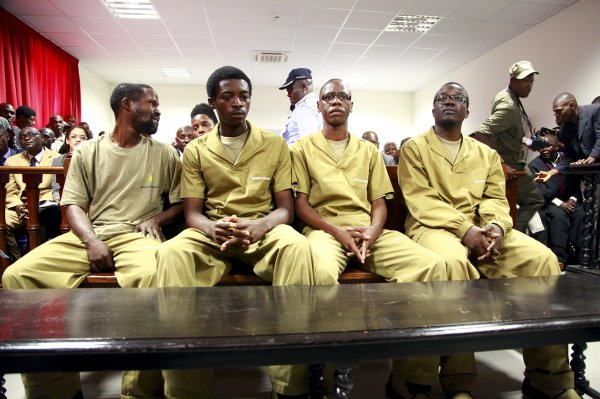 Angola Charges Activists With Rebellion for Reading
Next Up: Editor's Pick