Weapons were stolen during a break-in at an Army Reserve center in Worcester, Massachusetts, the FBI announced.

According to local ABC affiliate WCVB, the missing weapons include six M4 assault rifles and 10 handguns. Officials are not yet sure who could have broken into the facility on Saturday night to steal the weapons, but they say there’s no reason to believe they were stolen in connection to a terrorist plot.

The weapons have been entered into a national database in an effort to track them. 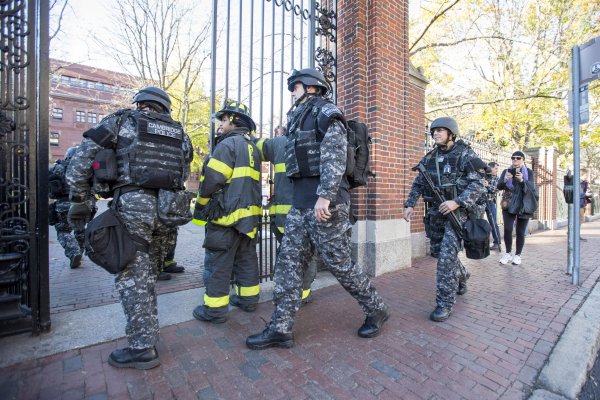