Aaron Rodgers #12 of the Green Bay Packers during their game at Bank of America Stadium on November 8, 2015 in Charlotte, North Carolina.
Streeter Lecka/Getty Images
By Megan McCluskey

NFL teams held a moment of silence before Sunday’s games to pay tribute to those who lost their lives in the Paris terrorist attacks. Before the Green Bay Packers played the Detroit Lions at Lambeau Field, a fan shouted out an anti-Islamic comment during the match’s moment of silence that could clearly be heard on the Fox Broadcast of the pregame ceremony. “Muslims suck,” the fan said.

Chants of “Death to Muslims” were also reported.

Packers quarterback Aaron Rodgers publicly called out the fan who made the remark during his postgame press conference, .

“I think it’s important to do things like [the moment of silence]. We’re a connected world, you know — six degrees of separation,” he said. “I must admit, though, I was very disappointed with whoever the fan was who made a comment that I thought was really inappropriate, during the moment of silence. It’s that kind of prejudicial ideology that I think puts us in the position that we’re in today, as a world.”

See the clip of the press conference below: 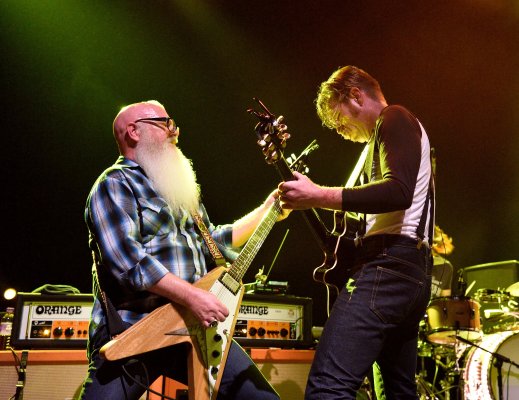 Eagles of Death Metal Fans Try to Get the Band to No. 1 in the U.K.
Next Up: Editor's Pick