Oxford's 2015 Word of the Year Is This Emoji

Oxford Dictionaries made history on Monday by announcing that their “Word of the Year” would not be one of those old-fashioned, string-of-letters-type words at all. The flag their editors are planting to sum up who we were in 2015 is this pictograph, an acknowledgement of just how popular these pictures have become in our (digital) daily lives:

“Although emoji have been a staple of texting teens for some time, emoji culture exploded into the global mainstream over the past year,” the company’s team wrote in a press release. “Emoji have come to embody a core aspect of living in a digital world that is visually driven, emotionally expressive, and obsessively immediate.”

Oxford University Press—which publishes both the august Oxford English Dictionary and the lower-brow, more-modern Oxford Dictionaries Online—partnered with keyboard-app company SwiftKey to determine which emoji was getting the most play this past year. According to their data, the “Face With Tears of Joy” emoji, also known as LOL Emoji or Laughing Emoji, comprised nearly 20% of all emoji use in the U.S. and the U.K., where Oxford is based. The runner-up in the U.S., with 9% of usage, was this number:

Caspar Grathwohl, the president of Oxford Dictionaries, explained that their choice reflects the walls-down world that we live in. “Emoji are becoming an increasingly rich form of communication, one that transcends linguistic borders,” he said in a statement. And their choice for the word of the year, he added, embodies the “playfulness and intimacy” that characterizes emoji-using culture.

Though this marks a historic moment of recognition for the pictures plastered throughout tweets and texts, Oxford has not added or defined any emoji in their actual databases. Nor, says a spokesperson for the publisher, do they have plans to do so at this point. The word emoji, however, has been in both the OED and Oxford Dictionaries Online since 2013.

Japanese telecommunications planner Shigetaka Kurita is credited with inventing these little images in 1999, taking the emoticons that had been gaining steam on the Internet to an iconic level. Inspired by comics and street signs, the name for the alphanumeric images comes from combining the Japanese words for picture (e-) and character (moji). “It’s easy to write them off as just silly little smiley faces or thumbs-up,” sociolinguist Ben Zimmer told TIME for a story on how emoji fit into humans’ long history of using pictures to communicate. “But there’s an awful lot of people who are very interested in treating them seriously.”

Here are the other words that made Oxford’s short list:

ad blocker, noun: A piece of software designed to prevent advertisements from appearing on a web page.

Brexit, noun: A term for the potential or hypothetical departure of the United Kingdom from the European Union.

Dark Web, noun: The part of the World Wide Web that is only accessible by means of special software, allowing users and website operators to remain anonymous or untraceable

lumbersexual, noun: a young urban man who cultivates an appearance and style of dress (typified by a beard and checked shirt) suggestive of a rugged outdoor lifestyle

refugee, noun: A person who has been forced to leave their country in order to escape war, persecution, or natural disaster

sharing economy, noun: An economic system in which assets or services are shared between private individuals, either free or for a fee, typically by means of the Internet.

they (singular), pronoun: Used to refer to a person of unspecified sex. 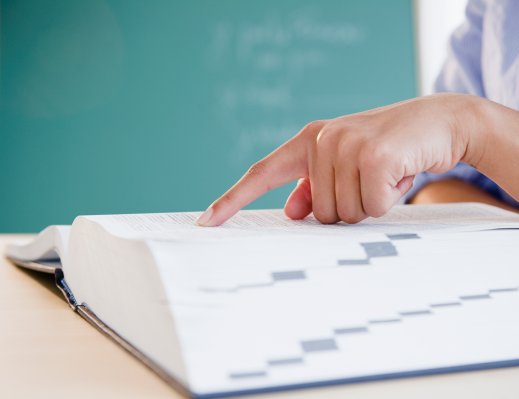 Dictionary.com Adds 'On Fleek,' 'Mx.' and 'Drunk Text'
Next Up: Editor's Pick