The nature and significance of the threat flows from the fact that ISIS is— all at the same time— a terrorist group, a state, and a revolutionary political movement. We have not faced an adversary like it before.

As a terrorist group, ISIS poses a threat to the Homeland. That threat today is largely indirect — ISIS’s ability to radicalize young Americans to conduct attacks here. The FBI has over 900 open investigations into homegrown extremists, the vast majority radicalized by ISIS and a large number of which relate to individuals who may be plotting attacks here. Such attacks have already occurred in the US. Others have been arrested before they could act.

While the sophistication of such homegrown attacks is likely to be fairly low, the potential exists for the quantity of these kinds attacks to be large. The number of ISIS followers in the US is in the thousands. It dwarfs the number of followers that al-Qaeda ever had.

Over time, if not significantly degraded, the ISIS threat to the Homeland will become a direct one—that is, an ISIS ability to plan and direct attacks on the Homeland from the group’s safe haven in Iraq and Syria— just like the group did in Paris last week.

Such attacks are deeply concerning because they carry the potential to be much more sophisticated and complex—and therefore more dangerous—than than homegrown attacks, again just like in Paris last week, or London in 2005, or even 9/11 itself. And, in something that should get everyone’s attention, ISIS has shown an interest in weapons of mass destruction.

“Over time” may be shorter than many think. The attack in Paris was the first manifestation of an effort that ISIS made to put together an attack capability in Europe—an effort that they began less than a year ago. The head of the UK’s domestic security agency recently warned that ISIS is planning mass casualty attacks in Britain. His concerns are well founded. We will not be far behind.

As a state, ISIS poses a threat to regional stability—a threat to the very territorial integrity of the current nation states there, a threat to inflame the entire region in sectarian war. All this in a part of the world that still provides almost a third of the world’s oil supply; a region that is home to one of America’s closest allies, Israel; and a region that is home to a set of close American allies— the Gulf Arab states—that are willing to resist Iran’s push for regional hegemony.

And, as a revolutionary political movement, ISIS is gaining affiliates among extremist groups around the world. They are signing up for what ISIS desires as its objective—a global caliphate where day-to-day life is governed by extreme religious views. In the mind of ISIS, its global caliphate would extend to the US itself.

When they join ISIS, these affiliates evolve from focusing on local issues to focusing on establishing an extension of the caliphate themselves. And, their targets evolve from local to international ones. This is the story of the bombing of the Russian airliner by an ISIS group in the Egyptian Sinai.

ISIS has gained affiliates faster than al-Qaeda ever did. From nothing a year ago, there are now militant groups in nearly 20 countries that have sworn allegiance to ISIS. They have conducted attacks that have already killed Americans, and they carry the potential to themselves grab large amounts of territory. Libya is a place that this could happen in the near term.

An intelligence officer has many jobs. One is to describe for a president the threats that we face as a nation, and that is what the previous paragraphs did. Another is to look a president in the eye when his or her policies to deal with these threats are not working and say so.

Mr. President, the downing of the Russian airliner, only the third such attack in 25 years, and the attacks in Paris, the largest in Europe since the Madrid bombings in 2004, make it crystal clear that our ISIS strategy is not working.

Michael Morell, the former Acting Director and Deputy Director of the CIA, released a book earlier this year on the war against international terrorists. The book, The Great War of Our Time: CIA’s Fight Against Terrorism — From al Qaida to ISIS, warned against the types of attacks that occurred in the Sinai and Paris. 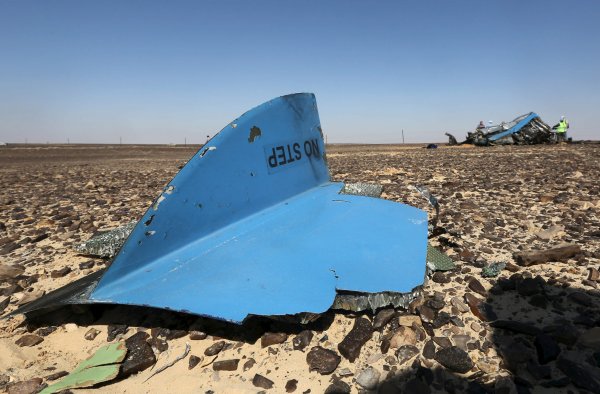