A woman who belongs to the Church of the Flying Spaghetti Monster has won the right to wear a colander on her head in her Massachusetts driver’s license photo. Her initial attempts were denied.

“As a member of the Church of the Flying Spaghetti Monster, I feel delighted that my Pastafarianism has been respected by the Massachusetts RMV,” the woman, Lindsay Miller, said in a press release from the American Humanist Association. “While I don’t think the government can involve itself in matters of religion, I do hope this decision encourages my fellow Pastafarian Atheists to come out and express themselves as I have.”

A spokesperson for the Massachusetts RMV told the Associated Press that state policy does not allow head coverings or hats in license photos — “but exceptions are made for religious reasons.”

Pastafarianism is “a secular religion that views the existence of a Flying Spaghetti Monster to be just as probable as the existence of the Christian God,” the release explains. According to the religion’s website: “We are not anti-religion, we are anti-crazy nonsense done in the name of religion. There is a difference.”

Oh, and this is not the first time somebody has fought for their right to wear a pasta strainer in a driver’s license photo. 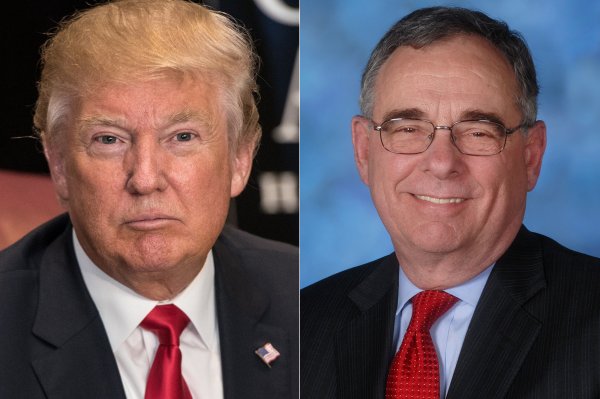 From Taylor Swift to Donald Trump: What It's Like to Share Your Name With a Celebrity
Next Up: Editor's Pick