What the Paris Attacks ‘Mastermind’ Once Told an ISIS Magazine

Abdelhamid Abaaoud, a Belgian man, who has been named by officials as one of the architects of the attacks in Paris, was previously interviewed in an ISIS publication called Dabiq, where he spoke about escaping Western intelligence.

Abaaoud has also been linked to the foiled attack on an August train between Brussels and Paris. In the 7th issue of the Dabiq magazine, Abaaoud (named Abū ‘Umar al-Baljīkī in the interview), talked about how he and other ISIS members traveled to Europe. “Allah chose me, Abuz-Zubayr al-Baljīkī (Khālid), and Abū Khālid al-Baljīkī (Sufyān) to travel to Europe in order to terrorize the crusaders waging war against the Muslims. As you know, Belgium is a member of the crusader coalition attacking the Muslims of Iraq and Shām,” he said.

MORE: Mastermind of Paris Attacks Identified Amid a Night of Raids in France

“We faced a number of trials during the journey. We spent months trying to find a way into Europe, and by Allah’s strength, we succeeded in finally making our way to Belgium,” he tells the magazine. “We were then able to obtain weapons and set up a safe house while we planned to carry out operations against the crusaders. All of this was facilitated for us by Allah. There is no might nor power except by Him.”

When asked how media got a hold of his picture, he says “A brother had taken video footage of some of us before a battle, but his camera got lost and was later sold by a murtadd to a Western journalist. I suddenly saw my picture all over the media, but alhamdulillāh, the kuffār were blinded by Allah. I was even stopped by an officer who contemplated me so as to compare me to the picture, but he let me go, as he did not see the resemblance!”

Abaaoud also says he became a suspect after a raid by Belgium authorities. “The intelligence knew me from before as I had been previously imprisoned by them. After the raid on the safe house, they figured out that I had been with the brothers and that we had been planning operations together. So they gathered intelligence agents from all over the world – from Europe and America – in order to detain me. They arrested Muslims in Greece, Spain, France, and Belgium in order to apprehend me. Subhānallāh, all those arrested were not even connected to our plans!”

Abaaoud is believed to be in Syria, TIME reports. 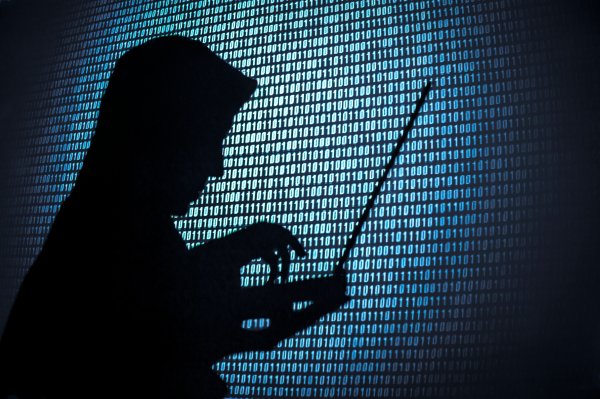 Anonymous Launches 'Biggest Operation' Against ISIS in Response to Paris Attacks
Next Up: Editor's Pick