Mourners in the Place de la République, the plaza in Paris near much of the violence that occurred Friday night, were dispersed by police with drawn guns on Sunday after hearing what police believe were firecrackers that scared the crowd.

Hundreds of Parisians had come to pay respects to the victims of the terrorist attacks when the popping noises began on Sunday, sending people running and screaming in a panic. Panic also broke out at the nearby Cambodian restaurant where an attack had taken place on Friday, and police with drawn guns were seen there as well.

Read next: Paris Terror Investigators Search for an Eighth Attacker 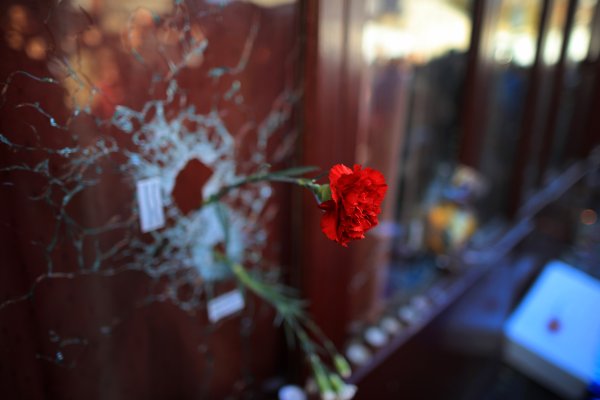 This Woman Played Dead to Survive Paris Terrorist Attacks
Next Up: Editor's Pick