The Eiffel Tower with its lights turned off following the deadly attacks in Paris on Nov. 14, 2015.
Alain Jocard—AFP/Getty Images
By TIME Staff

The lights on the Eiffel Tower went dark Saturday night as France mourned the victims of the string of deadly and coordinated terrorist attacks in Paris the night before.

At least 129 people died and at least 352 were injured in the string of attacks Friday night. The militant group Islamic State of Iraq and Greater Syria (ISIS) has claimed responsibility, a claim French, American and other officials have not disputed.

French President François Hollande on Saturday called the attack an “act of war” by ISIS, tough words that raised the possibility France will greatly intensify its military strikes against the group. 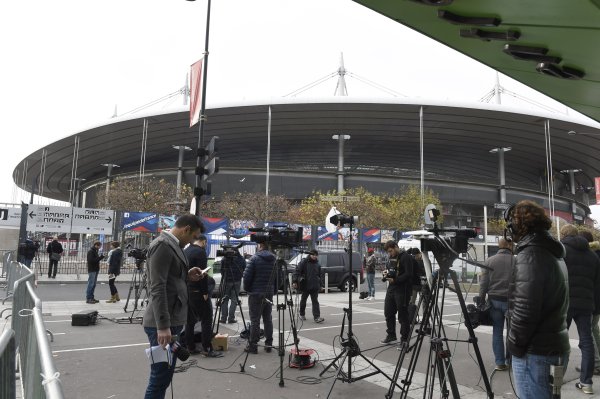 Paris Suicide Bomber Reportedly Tried to Enter Stadium Before the Attacks
Next Up: Editor's Pick