Charlie Hebdo Cartoonist Says 'Do Not Pray for Paris'

Joann Sfar, a cartoonist for Charlie Hebdo, had a surprising response to the “Pray for Paris” refrain that popped up on social media in the wake of the devastating attacks on Friday.

“Friends from the whole world, thank you for #prayforparis, but we don’t need more religion,” Sfar, 44, wrote in a cartoon shared on Instagram on Friday. “Our faith goes to music! Kisses! Life! Champagne and Joy! #Parissaboutlife.”

While Sfar, who is the son of Jewish parents, had an atheist message with his post, his response may have a deeper meeting. The Charlie Hebdo offices in Paris were the starting point of another horrifying shooting earlier this year when they were targeted by Muslim extremists who were angry that they had published a drawing depicting the Prophet Muhammed. (Showing images of Muhammed is considered to be a sin by some Muslims.)

The January attack resulted in a three-day killing spree that left 17 people and three gunman dead. The international community rallied around Paris at the time, with millions taking to the street in a unity march in the wake of the attack. Al-Qaida claimed responsibility for the attack earlier this year.

Friday’s devastating attacks resulted in at least 129 dead and 352 injured, according to French officials. The number of dead is expecting to rise in the coming days.

Among those killed include Nohemi Gonzalez, a 23-year-old student at California State University, Long Beach. She was studying abroad at a local design school at the time of her death. She is the first publicly identified American who was killed. 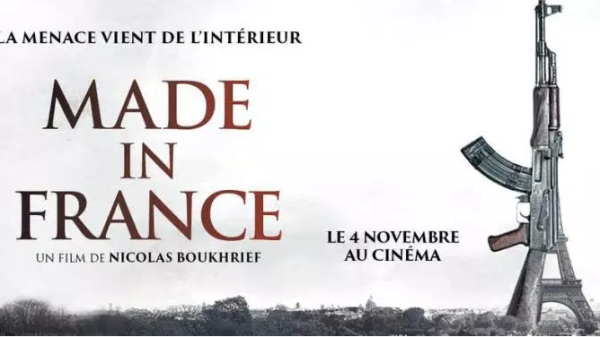