Star Trek actor and activist George Takei warned against discriminatory impulses in the wake of last night’s terror attacks in Paris, which took at least 127 lives.

Takei expressed his condolences to those who lost loved ones in Paris last night but also warned not to make assumptions about any one group of people, pointing out that the Paris attackers were themselves acting out of such a misguided hatred. The actor, who himself was placed in an interment camp along with his family during World War II, likened racism against Muslims to Americans’ discrimination against peaceful Japanese Americans after Pearl Harbor.

“There no doubt will be those who look upon immigrants and refugees as the enemy as a result of these attacks, because they look like those who perpetrated these attacks, just as peaceful Japanese Americans were viewed as the enemy after Pearl Harbor,” he wrote. “But we must resist the urge to categorize and dehumanize, for it is that very impulse that fueled the insanity and violence perpetrated this evening.”

“Against the forces of darkness and terror, love and compassion shall always prevail,” he concluded. 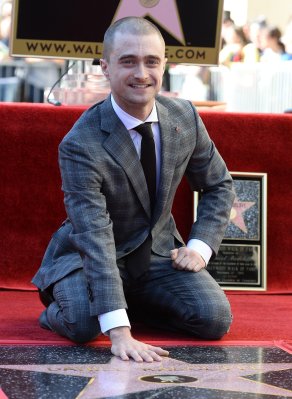 Daniel Radcliffe Gets a Star on the Hollywood Walk of Fame
Next Up: Editor's Pick