A general view of damage outside the Bataclan concert venue where a gunman has reportedly taken people hostage in Paris on Nov. 13, 2015.
Christophe Petit Tesson—EPA
By Ashley Ross

Eagles of Death Metal, an American rock band, was playing at the Bataclan concert hall in Paris Friday night when a deadly attack took place, killing at least 128 people. Gunmen opened fire, taking about 100 hostages during the performance while explosives were set off at the French national stadium in the Stade de France, which was full of spectators, including President François Hollande, for a France-Germany soccer game.
The mother of the band’s drummer Julian Dorio told the Washington Post that her son is safe, as are other band members, but she was unsure about the band’s crew.

The band also issued a statement via its Facebook page:

From left, Dave Catching and Jesse Hughes of Eagles of Death Metal perform at The Forum on Nov. 5, 2015 in London. Gust Stewart-Getty Images
Gus Stewart—Getty Images

Band member Josh Homme was reportedly not on tour with the group, according to an NBC News report. Homme co-founded the California group with Jesse Hughes in 1998. Homme is in several other bands, including Queens of the Stone Age and rock supergroup Them Crooked Vultures, which also features Dave Grohl and former Led Zeppelin bassist John Paul Jones. A rotating cast of members play live with the group. Eagles of Death Metal released a new album, “Zipper Down,” last month.

The Deftones, an American band scheduled to perform at The Bataclan beginning Saturday, Nov. 14, also posted on Facebook that its band and crew is all safe. 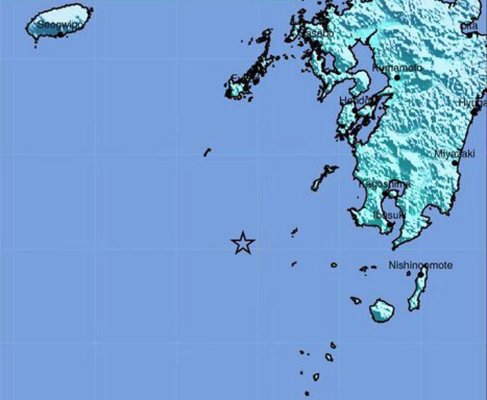 7.0-Magnitude Earthquake Hits Near Japan
Next Up: Editor's Pick