President Barack Obama declared Friday that the day’s terrorist attacks on Paris were an “an attack on all of humanity and the universal values that we share,” promising the full support of the United States for its longtime ally.

“We stand prepared and ready to provide whatever assistance the government and the people of France need to respond,” Obama said. “We are going to do whatever it takes to work with the French people and nations around the world to bring these terrorists to justice.”

“This is a heartbreaking situation,” Obama continued. “And obviously those of us here in the United States know what it’s like. We’ve gone through these kinds of episodes ourselves.”

President Obama refused to speculate on the identity of those responsible for the attack, and the Department of Homeland Security said it was monitoring the situation. “At this time, there is no specific or credible threat to the United States,” the agency said in a statement.

Obama is scheduled to depart Saturday on an eight-day foreign trip, including a scheduled summit in Turkey that French President Francois Hollande was also scheduled to attend. The White House did not immediately announce any changes to the President’s schedule, which also includes stops in Malaysia and the Philippines.

At a gathering of Republican presidential candidates in Orlando, Fla., participants paused for a moment of silence and prayer after being informed of the attack.

Law enforcement in New York City and Washington, D.C., including at the U.S. Capitol, increased their patrols following the attacks in Paris out of an abundance of caution, they said.

Other U.S. officials and political figures, including many of the 2016 issued statements of support for the people of France Friday. 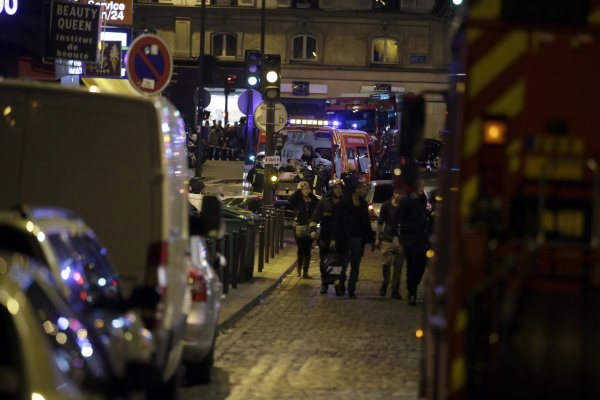