Explosions Outside Paris Stadium Did Not Immediately Stop Game

As violence erupted across Paris on Friday evening, leaving dozens of people dead, two explosions were heard at the Stade de France stadium, where France and Germany were playing a soccer game.

The explosions were “loud enough to penetrate the sounds of cheering fans,” the Associated Press reports, but the game continued after the blasts were heard, even as French President Francois Hollande was evacuated.

A Financial Times tweeted from the game: 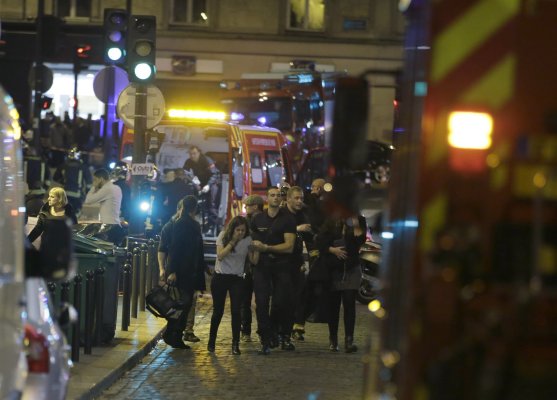 Parisians Use #PorteOuverte Hashtag for Those Seeking Safety From Attacks
Next Up: Editor's Pick