Master of None Knows Exactly What It's Doing

Aziz Ansari and Lena Waithe on Master of None
K.C. Bailey/Netflix
By Daniel D'Addario

Aziz Ansari’s new series Master of None, was only released on Netflix last week, but in its short public life it has already become a flashpoint for debates around race on TV. The reaction to the ten-episode romantic comedy has been far more complicated than the show’s logline might suggest; though specific episodes explore the experiences of children of immigrants and the state of representation on TV, the show’s seasonlong arc is “about” dating in New York in the early twenty-first century. But while similar shows with all-white or largely white casts have largely escaped criticism, Master of None is being held to a standard that might be stiflingly hard to meet.

On the show, comedian Ansari, best known for his role on Parks and Recreation, plays Dev, a Brookynite aspiring towards an acting career, the best tacos in New York, and love (although not, perhaps, in that order). Over the course of the season, he pursues Rachel, a charming young music publicist (Noël Wells) while going on a few ill-fated dates. Where the criticisms of the show have begun is that the actresses playing Dev’s love interests—from Claire Danes to Nina Arianda—are almost exclusively white. (He does go on one date with a nonwhite woman, played by the actress Annie Chang, and the cast outside of Dev’s dating pool is among the most diverse I’ve seen on TV.) This apparent paucity of diversity in one central aspect has given rise to the sort of criticism that tends to overshadow what a show does well.

Conversations about representation on TV are vital—so much so, indeed, that Ansari has taken it upon himself to start those conversations in and out of the show. In a recent appearance on CBS’s The Late Show, Ansari took that network to task for its lack of diversity; he also wrote an essay for the New York Times elaborating on themes of the show. While Master of None never comments on the racial component of Dev’s dating life, he’s very specifically a South Asian character, from his struggles in Hollywood to his relationship with his parents. These two episodes are among the series’ best for their specificity: Only a comedian who had thought deeply about, say, quite how difficult it can be to relate to parents who grew up in radically different circumstances could have produced an episode as impressively nuanced as “Parents,” in which Ansari’s real parents appear as actors.

The criticisms of the show are legitimately surprising, too, in light of what else is out there. Master of None is the latest entry in a burgeoning genre: The wistful TV romantic comedy. This year, several series have merged jokes and angst in telling stories of dating (Hulu’s Casual), cohabitation (FXX’s You’re the Worst), and marriage (HBO’s Togetherness). These shows range in quality from good to very good, but all take the same tone, one shared by Master of None; that they tell the stories of white people almost exclusively has largely gone uncommented-upon. It’s a point Mindy Kaling, who has faced similar criticisms for her love interests on her show The Mindy Project, recently made when she urged critics to “write an article about white leads on shows who won’t date outside their race.” Because Ansari has already done so much to redress issues of underrepresentation on TV, he’s called upon to do yet more.

Lost in all of this is that Ansari’s relationship with the Wells character—a data point in the discussion about representation—is among TV’s most richly drawn. Wells, an actress who had not been allowed to shine in her tenure as a Saturday Night Live featured player, turns out to be a game, gifted actress with hidden depths. It comes up over the course of the series that she’s rarely dated nonwhite people before, a moment that hangs uncomfortably over the pair’s interactions in a way that’s hardly accidental. The series’s strongest half-hour, “Mornings,” deals with the slow realization that Rachel and Dev approach the world in subtly but meaningfully different ways. The fact that they’re of different races isn’t an explicitly discussed issue, but one that affects the proceedings; Dev, for instance, won’t talk to his parents about his girlfriend, even once they’ve started living together.

Would it be welcome to see more nonwhite performers cast in general? Absolutely—and hopefully season 2 of Master of None creates yet more opportunities. But this is the show Ansari made, one in which race is both a total non-issue—when it comes to dating and friendship, interracial bonds are hardly remarked upon—and a subtle factor in every interaction.

The reading of Master of None that’s currently out there is that Dev dates mostly white women because the show is bowing to Hollywood pressures. The level of self-awareness on the show suggests there’s more at play here. Master of None, one of the most assured shows in recent memory, knows exactly what it’s doing. 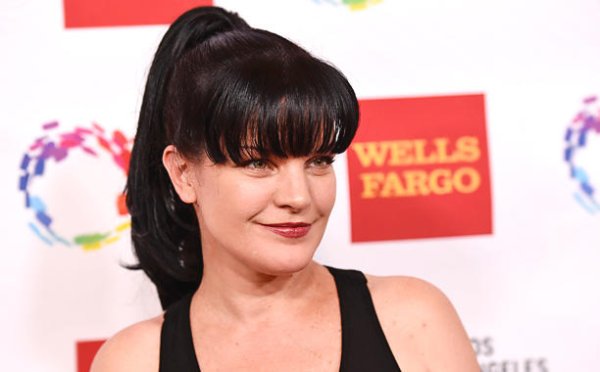