Republicans need a revolution. In economic policy, that is. Having now watched the debates, and spent time with various conservative think tanks in Washington DC earlier this week, I’m struck by how few fresh answers the Right has for the most pressing economic problems of the day – wage stagnation, shrinking middle class jobs, and how to build a more competitive and sustainable growth model in an age of unprecedented globalization and technology related job disruption. When candidates are asked these questions (and when I asked them of big conservative thinkers) the answers are the same ones you would have gotten 30 years ago – cut taxes, reduce red tape, fix the deficit and the rest will take care of itself.

But that hasn’t been the case. If you go back to the Reagan era, the surprising thing you discover is that his legacy is in some ways very much about Keynesian stimulus, administered via military spending. Reagan cut taxes at first, but the reason he got good growth isn’t because of that, but rather because he upped military spending and increased in the Federal budget dramatically. No wonder the deficit doubled as a percentage of GDP from 1981 to 1985. The only reason is went down in Reagan’s second term is that he agreed to tax increases.

As much as conservatives like to herald Reaganomics, few actually follow it; maybe that’s because the truth is that Reagan didn’t actually decrease the size of government, but rather increased it. One of the more fascinating moments in the last Republican debate came when Marco Rubio tried to get that same formula of stimulus via military spending in the back door by making all about maintaining American military power in a scary world. But Rand Paul quickly shot him down by questioning whether he was actually a “real” conservative if he was talking about more government spending.

The answer to the question depends on your definition of what real conservatism means. The Republicans desperately need to rejigger the definition. Doing so would help them gain voters (who really aren’t all that concerned about taxes – a recent Gallup poll showed more than half of Americans think their rates are fair – or the deficit, which is actually relatively low compared to other rich countries). But it would also help them offer up real solutions to the economic problems of the day – how to share the economic pie more fairly; how to build a 21st century workforce, and so on. Republicans should let go of the gospel of tax cuts, and focus instead on debt – not government debt, but the way in which our tax system actually favors debt over equity (in all sorts of ways, from encouraging companies to tax on leverage and write it off their books, or encouraging individuals to take on too much mortgage debt and write off the interest payments on their McMansions). None of this stimulates the economy, but rather it encourages capital to flow to all the wrong places, and stay within a closed loop of the financial system, rather than trickling down to Main Street where it might unleash real job growth. Tax reform focused not so much on cuts but on rewarding savings and prudence over debt and risk taking, seems like a great place to start with some new conservative economic thinking. I’ll offer up other ideas in future blogs. 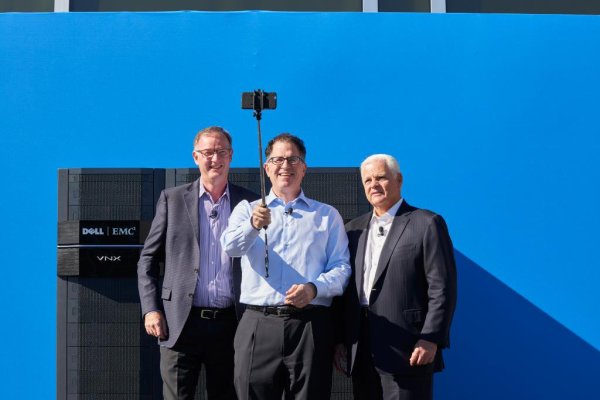 Silicon Valley Has Jus Arrived at a Major Turning Point
Next Up: Editor's Pick