Burma, which is officially known as Myanmar, went to the polls Sunday in what appear to be its freest general elections in 25 years. Nevertheless, the scale of the landslide NLD victory has surprised many, even if several constitutional impediments curtail the party’s power in any new administration.

Although the NLD now has the requisite two-thirds of legislative seats required to choose the President, with more than 80% of constituencies having declared, Suu Kyi remains personally barred from the top job because she married a foreigner and have two children who are foreign citizens.

In addition, a quarter of parliamentary seats remain reserved for armed-forces personnel, giving the military a veto over constitutional amendments, which require 75% of lawmakers to pass. Furthermore, the heads of the Home, Defense and Border Affairs Ministries must currently be appointed by the military. (The President is chosen by an electoral college between the upper and lower legislative houses.)

Thus, while the makeup of the new parliament will be stocked with Suu Kyi loyalists, the military, which has ruled the former pariah nation since a military coup in 1962, will remain a powerful political force. 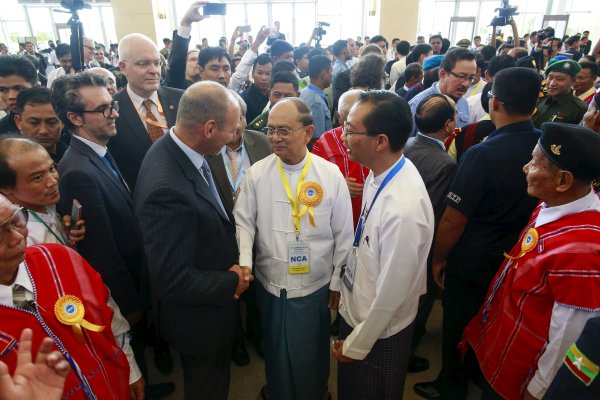