Supporters of Aung San Suu Kyi celebrate in Rangoon on Nov. 9 as they hear the results of Burma’s election.
Nicolas Asfouri—AFP/Getty Images
By Hannah Beech

In the shadow of a pagoda and a mosque, not long after dawn in Rangoon, a line of Burmese, their bodies pressed together so tightly that sweat mingled and sarongs converged, shuffled forward to cast their votes. Elsewhere in the world, voting is so routine as to barely feel a privilege. But Burma’s Nov. 8 election could usher in the country’s first democratically elected government since the military seized power in a coup more than half a century ago. “This is my first time voting,” said Zar Ni Ni Khaing, a 38-year-old shopkeeper, as she emerged from the polling station. “I voted for Aung San Suu Kyi because she is the mother of our country.”

Suu Kyi, the leader of the National League for Democracy (NLD), was not, in fact, on the ballot in Rangoon. (She was re-elected to a rice-paddy constituency outside the commercial capital, which she has represented since a 2012 by-election.) But for the millions of Burmese who delivered the NLD a sweeping victory over the military’s proxy Union Solidarity and Development Party (USDP), their vote was an act of devotion to a 70-year-old Nobel Peace Prize laureate who still wears flowers in her hair. After all, the NLD had dominated a 1990 election, only to have the junta ignore the results. This was a time to mend the sins of history. “Our people are thirsty for change,” says Wai Phyo Aung, a doctor who won a lower-house seat for the NLD in Rangoon’s Thaketa township. “We have been waiting for this day.”

At a time when the global narrative runs so bleak—terror­ in the Middle East, a refugee crisis in Europe, democratic backsliding elsewhere in Asia—Burma’s election feels like a redemption. For 15 years, Suu Kyi, the daughter of independence hero Aung San, endured house arrest, forgoing exile to suffer with her people, until her release in late 2010. Army-linked thugs slaughtered scores of her supporters. Simply to possess a pamphlet with the NLD’s logo—a golden peacock and star on a field of red—could invite imprisonment. Burma, now officially known as Myanmar, became a byword for tropical tyranny. Just meters from the polling station near the Sule pagoda and Bengali Sunni Jameh mosque, soldiers once sprayed bullets at monks, students and ordinary Burmese who had gathered in peaceful protest. Dozens are believed to have died in the massacre. That was just eight years ago.

It is easy to point out the flaws in the Nov. 8 election, which was compromised from the start. The generals who governed Burma for nearly 50 years, ruining a land graced with natural bounty, have orchestrated a transition to a “discipline-flourishing democracy” in which the top Defense, Home and Border Affairs Ministry positions, as well as one-quarter of parliament, are reserved for the military. Any vague threat to national security can entitle the army to flood out of the barracks. Suu Kyi herself is constitutionally precluded from the presidency by a clause that disallows those with foreign family members from taking helm of the country. (Suu Kyi’s sons are British, as was her late husband.) Refusing to be foiled by a charter provision designed just for her, Suu Kyi has vowed that she will serve “above the President” and that she “will run the government.” But Burma’s political future will depend just as much on Suu Kyi’s talent for negotiating with the military and its proxies, as it will on her determination to rule.

While many political prisoners have been released and dozens ran in the election, others have been thrown back in jail. A much expected investment boom has underwhelmed, and cronies have snapped up the country’s choicest contracts. Corruption gnaws at society. Ethnic minorities, who make up at least one-third of Burma’s complex cultural patchwork, complain of no end to the discrimination that led some to pick up arms decades ago. (The Nov. 8 vote was canceled in some ethnic areas.) Hundreds of thousands of Rohingya, a Muslim group living in Burma’s far west, have been disenfranchised and sequestered in camps. A virulent nationalist movement that claims Buddhist credentials threatens to rend Burma’s multicultural fabric. Afraid of the influence of Buddhist chauvinists, neither the NLD nor the USDP fielded Muslim candidates, and none of the few Muslims who ran won their election bids.

Still, all these caveats, all these complaints cannot take away what Burma’s voters have accomplished with their high turnout. For hours on Sunday, they queued at polling stations, some amid rice paddies, others on streets stained with splashes of betel nut. Today, in Rangoon, known officially as Yangon, people, just like anywhere in the world, walk with their heads bowed over cellphones. In the cities, everyone seems to be on Facebook. Signboards advertise icons of global commerce: Coca-Cola, Land Rover and fancy Toto toilets. Newsstands sell stacks of papers, most bearing the smiling visage of Suu Kyi.

Yet just five years ago, pictures of the Lady, as she has been affectionately dubbed, were hidden talismans. The press was muzzled. SIM cards cost thousands of dollars, far more than what an average Burmese city-dweller made in a year. International ­sanctions—placed on the regime for its record of forced labor, rape and arbitrary imprisonment, among other crimes—left Burma to molder.

While life in the cities has improved, Suu Kyi bristles when people point out all those new cars snarling Rangoon traffic, what she calls “a veneer of change.” Poverty is still rife, and all the new wealth makes the poor feel poorer. “I often ask foreign delegations who go on about the amazing reforms that are taking place … ‘What do you think exactly has changed?’” said Suu Kyi at a Rangoon press conference shortly before the vote. “I was told by one delegation that they see more Toyota cars on the streets. I said, ‘That may be very well for the Toyota company, but that doesn’t mean our country is doing better.’”

The expectations placed on Suu Kyi’s slender shoulders are great. Vanquishing the USDP, which won flawed 2010 polls that the NLD boycotted, was perhaps the easiest part. Now she must persuade a shell-shocked military surrogate to hand over power to the political force the generals spent decades trying to crush. The USDP says it will honor the results, unlike what the military did in 1990. But it must be bruising for former army brass when even an NLD poet can defeat the former Defense Minister in a military stronghold constituency.

Transitioning from opposition to government is never easy—remember how the political careers of dissidents-turned-Presidents Lech Walesa and Vaclav Havel ended. If the NLD is allowed to run the civilian administration, the country’s problems—indigence, graft, ethnic and religious strife—will become its problems.

Yet the fact that this election occurred at all, with the results it garnered, gave hope to the possibility of peaceful transition. In the days after the vote, NLD supporters braved tropical downpours and heat to sing and dance in front of party headquarters in Rangoon. On election night, as the extent of the NLD’s win was just starting to take form, Myint Soe surveyed the sea of supporters dressed in NLD red. In the bad days—and there were many—he served as Suu Kyi’s cook when she was under house arrest. The position earned him all sorts of trouble but he never wavered from nourishing the Lady. This was Myint Soe’s moment, and that of Burma’s, to rejoice. “I am so happy,” he said. “My heart is quivering.” —With reporting by Thurein Win/Rangoon 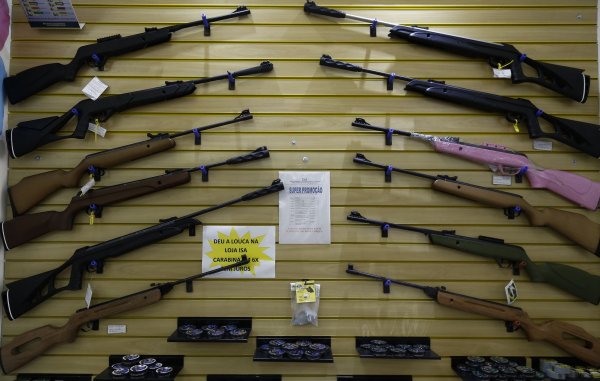