How the GOP Resurrected the Flat Tax

In the Republican Party these days, flat is where it’s at. “Everybody should pay the same proportion of what they make,” explained presidential front runner Ben Carson as he laid out his tax plan during the first November debate. “You make $10 billion, you pay a billion. You make $10, you pay one.”

There is a clear attraction to the simple logic of the flat tax (beyond its philosophical roots in biblical tithing). And the idea has come back into vogue after peaking during Steve Forbes’ 1996 campaign. Last cycle, Herman Cain’s memorable promise of a 9% across-the-board tax rate made him notable. Now at least five Republicans in the 2016 primary have advanced a flat-tax plan, each vying for the lowest possible rate, while Mike Huckabee has suggested scrapping income taxes entirely and replacing them with a single value-added sales tax.

They all want to sideline or abolish the auditors at the Internal Revenue Service and undo an American tradition of taking larger chunks from high incomes than from low ones–so-called progressive taxation–that was first enforced in 1913. Proponents argue that a simpler tax code would encourage people to work harder and would upend special-interest loopholes that riddle the current system. Any resulting decline in federal revenue could be used to shrink the federal government.

All of the proposed flat-tax plans carry a huge asterisk: if massive cuts to government programs, including politically popular ones like Medicare and defense, do not follow, the federal debt is almost certain to grow. “These low-flat-tax plans are either political fantasy or fiscal fantasy,” says Tony Fratto, a Washington consultant who worked for President George W. Bush. Analyses by the Tax Foundation found that all of the candidates’ current flat-tax proposals would lead to revenue reductions in the trillions while doing very little to address the actual complexity of the current tax code. “What makes it so complicated has very little to do with the number of rates,” explains Steven A. Bank, a tax expert and professor of business law at the University of California, Los Angeles. More complicated, he says, is determining what counts as income and how deductions and preferences function.

Flat-taxers do not have a monopoly on revenue-busting plans. Ohio Governor John Kasich, along with Marco Rubio, Jeb Bush, Chris Christie, Donald Trump and Bobby Jindal, has promised merely to simplify the existing system of progressive taxation by eliminating certain loopholes, lowering overall rates and creating new credits to protect investment. Most would also increase the deficit unless new cuts to government spending and entitlements were found. Trump argues it’s only fair that wealthy people pay more than the middle class, while others point out that the nonwealthy tend to spend a higher proportion of their income–a macroeconomic boon in the long run.

Michael R. Strain, an economist at the center-right American Enterprise Institute, says the different strategies ought to be understood not as evidence of a deep ideological disagreement but as candidates’ attempts to distinguish themselves in a crowded primary. “The plans are part a statement of values and part an effort to communicate a vision of their economy policy,” he says.

After all, no President will be able to force through a partisan tax-reform bill anytime soon. The GOP will have to grapple with Democrats, many of whom support Hillary Clinton’s plans to tackle growing income inequality by further re-engineering the tax code to discourage financial-industry profiteering. “It’ll be a compromise,” says Strain.

Before then, Republicans must figure out what they mean when they say conservative. Do deficits matter more, or do lower tax rates? Just a few minutes after Carson’s explanation of his own tax plan, Kasich, who has called the flat-tax plans “fantasy tax schemes,” bristled. “Now, I have a plan that, in fact, would cut taxes,” he said, “but not $11 trillion or $12 trillion that would put my children further in debt.” 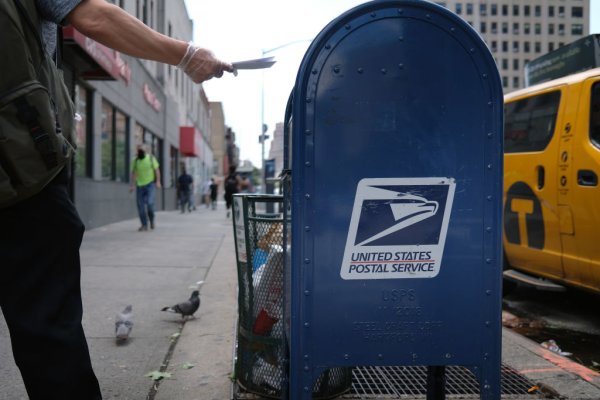