How Publishing Salaries Could Close the Wage Gap

A few weeks ago, Lema Kikuchi started thinking about asking for a raise. It felt like the right time: the 35-year-old had just started a new role at SumAll, a small marketing-analytics firm in Manhattan, after working there for a year and a half.

Like many professionals, especially women, Kikuchi used to dread this conversation. “It was a stressful thing,” she says. How are you supposed to know your worth–let alone demand it–if none of your colleagues talk about theirs?

But this time Kikuchi had an advantage: an internal document, created and distributed by SumAll, that listed the salaries of every employee, including when and by how much those salaries had increased. “It removed the anxiety of figuring out what I am going to say,” she says, which empowered her to make her case.

At a time when the average American woman earns 78¢ for every dollar a man does and the average American CEO earns some 300 times as much as his lower-level employees, a small but growing number of companies and individuals are looking to wage transparency–like that at SumAll as well as Austin-based Whole Foods Market–to close the gaps. Armed with clear-cut data, the thinking goes, female employees will be more driven to ask for what they deserve, and companies will be less able to ignore any kind of wage-based inequality. “It’s a great equalizer,” says Mark Ehrnstein, who heads human resources at Whole Foods. “If a team member were to say, ‘Gee, there’s a pattern emerging here,’ we’d want to hear about it.”

Lawmakers are starting to agree. Last year President Obama signed two executive actions: one prohibiting federal contractors from retaliating against workers who talk about what they make, the other calling for a new rule that would make contractors disclose their wage gaps by gender and race. (Prime Minister David Cameron has proposed an even more ambitious effort in the U.K.) By 2018, most publicly traded companies in the U.S. will be required to disclose the ratio between their CEO’s salary and the salary of their median worker, per a recent SEC ruling.

Will transparency really make a difference? Anecdotally, the evidence is positive. In the federal government, where salaries have been publicly available for years, women in white collar jobs make about 87¢ on the dollar compared with men, according to a recent study from the Office of Personnel Management. That’s not parity, but it’s a significant improvement over the average (and it does not account for women who voluntarily take lower salaries in exchange for flexible hours or more time off to care for children). And in Austria, where large companies started reporting the median wages of men and women by job category in 2011, laying bare the discrepancies has prompted a national debate over how to fix them. At Whole Foods, such efforts are essential: in order to create “a high-trust organization … where people are all-for-one and one-for-all,” co-CEO John Mackey has said, “you can’t have secrets.”

But there are drawbacks to transparency, especially if it involves publishing individual wages. After all, those figures comprise a lot that colleagues don’t see, such as previous experience, special skills and salary history. That may well breed contempt. “If all I know is your salary is bigger than mine and you are doing the same job, I am going to be upset at you for earning more,” says Stephanie Thomas, a researcher at the Institute for Compensation Studies at Cornell University. Moreover, employees who know they’re being underpaid might rather leave than negotiate.

Buffer, a social-media startup with staff scattered around the world, is taking a more unusual approach to these issues. After examining salaries in 2012 (and then making them public), CEO Joel Gascoigne realized there were random unfair differences. So the Buffer team created a universal raise and salary formula, accounting for factors like cost of living, time at the company, leadership responsibilities and experience. Larger firms might balk at such transparency, which also makes it harder to offer monetary incentives to hotshot workers. But Gascoigne says his mostly millennial employees tend to appreciate that their world–and their workplace–“is becoming more open.” 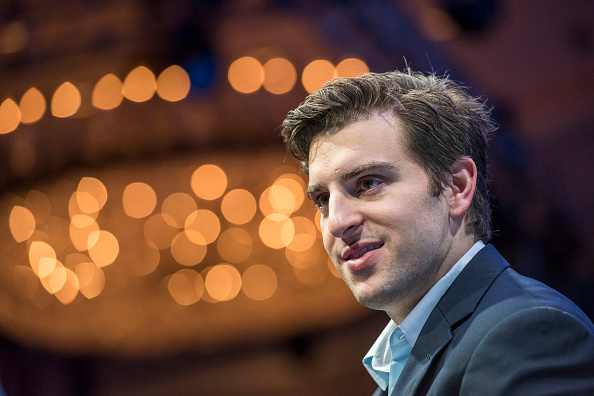 Airbnb Pledges to Help Protect Long Term Housing. But Will It Work?
Next Up: Editor's Pick