Bernie Sanders may have his work cut out for him in the upcoming Democratic debate: a new poll shows Hillary Clinton is maintaining a significant lead over him.

According to the New York Times, a NYT/CBS survey released Thursday shows Clinton with 52 percent of the vote and Sanders with 33 percent. Former Maryland Gov. Martin O’Malley registered with 5 percent.

Former Secretary of State Clinton and Vermont Sen. Sanders’ numbers stayed relatively steady from an early October CBS poll, which had Clinton at 56 percent and Sanders at 32 percent.

The next Democratic debate will be held on CBS on Saturday, November 15. 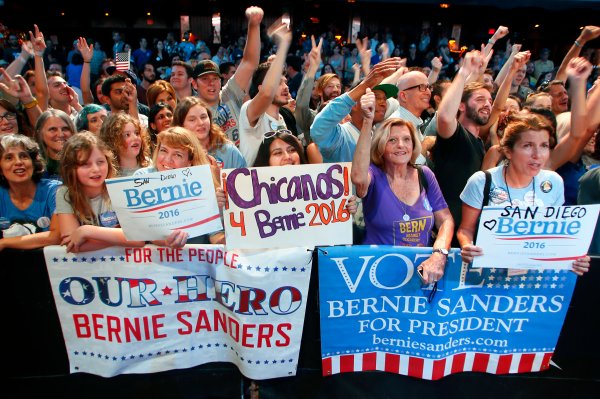 Meet the Women Who Say There's a Better Feminist in the Race Than Hillary Clinton
Next Up: Editor's Pick