People gather on the waterfront to watch the world's largest cruise ship 'Oasis of the Seas' as she arrives in Southampton Water on Oct. 15, 2014 in Southampton, England
Matt Cardy—Getty Images
By Christine Pelisek / People

The lawyer for the family of the man who plunged to his death into the water off a cruise ship last week says he had no intention of committing suicide.

“He was merely just doing an act of protest at how he was being treated,” attorney Michael Winkleman tells PEOPLE. Bernardo Elbaz, 35, fell from the Royal Caribbean Oasis of the Seas ship and into the water approximately 92 miles northeast of the Bahamas, the U.S. Coast Guard said in a press release. The fall was captured on video.

“He was grandstanding,” Winkleman says. “Yes, he intended to do something dramatic and he certainly put himself in a dangerous situation but I don’t think there was any attempt to kill himself.”

“Clearly he was drunk and put himself in a nightmare situation but I think it is clear that he did not jump,” he says. “Basically, he fell or slipped.”

The Coast Guard searched approximately 1,071 square miles with an airplane and helicopter but Elbaz’s body has not been found.

Winkleman says it was the Royal Caribbean crew members who set off the chain of events that ultimately led to Elbaz’s death.

“It all started from repeated anti-gay comments that were made against this gay couple that were legally married during the cruise,” he says. “At the bar, they were being called ‘Lipstick,’ which Bernardo found very offensive.”

On the night of the incident, the Broward Sheriff’s Office said in a statement that security responded to the couple’s cabin regarding a domestic disturbance between the two men.

“Upon arriving, security personnel found evidence of a physical altercation in the couple’s room,” the statement, which was obtained by PEOPLE, reads. “Homicide detectives reviewed video evidence of the couple’s interactions with the ship’s security in which the victim can be heard declaring that he was planning to jump overboard.”

Winkleman says Elbaz was not fighting with his husband but angry about another altercation he had had by the bar. When he returned to the cabin, he started throwing lamps, Winkleman says.

2 Dead After Shooting at North Dakota Air Base: Military

George Floyd's Family to Release Results of an Independent Autopsy

According to the video reviewed by detectives, Elbaz can be seen running towards the balcony alone. The video also shows his husband Eric and the ship’s security staff chasing after him.

“The victim jumped down from his seventh floor balcony and struck the metal support for a lifeboat on the fifth floor,” the Broward Sheriff’s statement reads. “Elbaz clung to the ship as staff members tried to rescue him. He fell into the water moments later.”

“He was hanging there for 3-and-a-half minutes and there were multiple people on the scene,” Winkleman says. “They should have been able to rescue him. They are right there. They have him and it is like they just let go.” 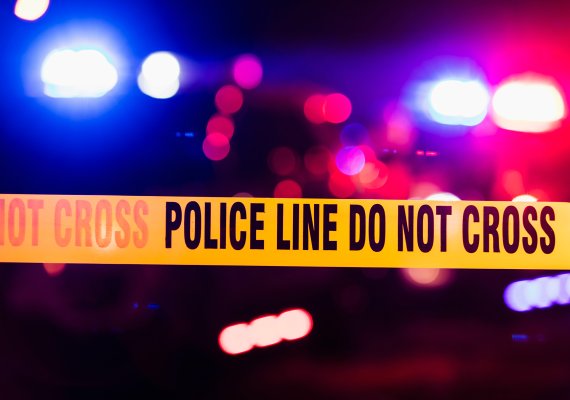