The new report, published by the European Food Safety Authority (EFSA), comes in sharp contrast to an assessment made earlier this year by the International Agency for Research on Cancer (IARC), a branch of the World Health Organization (WHO), that the chemical is a “probable human carcinogen.”

“I think it’s very unfortunate,” said Dr. Philip Landrigan, dean for global health at Mt. Sinai Hospital in New York. “Glyphosate went through an extremely deliberative process a few months ago [by IARC]. Anybody that comes up with an opposite conclusion has to have a very strong justification.”

Glyphosate, now the world’s most commonly used herbicide, was introduced for commercial use in 1974 and for several decades scientists believed the product was a less toxic alternative than other weedkillers. Use of the product hasexpanded after it was coupled with the farming of genetically modified crops. Many farmers now plant crops that have been engineered to resist glyphosate, and then apply the pesticide to kill weeds.

Read More: Over Half of E.U. Countries Are Opting Out of GMOs

The different findings from the two bodies came down to differing interpretations of the same research, according to Natural Resources Defense Council Senior Scientist Jennifer Sass. Some previous studies have drawn strong links between glyphosate and cancer in animals. Other research has suggested increased risk of non-Hodgkin lymphoma in farm workers who are exposed to the substance at high levels. EFSA evaluated previous studies one-by-one, pointing to small holes in individual studies to discredit the bigger picture while IARC looked more broadly, Sass said. (Sass and the NRDC believe that IARC should be the authority on assessing carcinogenicity).

“We ought to apply a dose of humility to these regulatory decisions,” said Scott Faber, vice president of government affairs at the Environmental Working Group. “Many times, simple solutions don’t turn out to be as simple as we had hoped.”

The European assessment is not the first time a regulator has deemed glyphosate safe to use. The U.S. Environmental Protection Agency (EPA) reached the same conclusion in June. But that finding relied heavily on studies conducted by companies that manufacture chemical products including glyphosate. Public health experts suggested that IARC may be less prone to industry influence due to transparent policies that prohibit scientists with current or past conflicts of interest from evaluating substances.

Monsanto, a chemical that uses glyphosate in its products, said that the EFSA assessment cleared up “unfortunate and unwarranted confusion” caused by the IARC report. “These robust and strong assessments by authoritative regulatory bodies are a significant and direct contrast to IARC’s classification,” the company said in a statement. Glyphosate “will continue to serve as an important tool to help farmers sustainably nourish a growing world.”

The volumes at which farmers use glyphosate has public health researchers particularly concerned about Thursday’s report. As exposure to the substance grows, so do the cancer risks associated with it. While anyone who lives in North America has likely been exposed to the chemical through food, it is probably unlikely to have a strong effect at small levels. Experts remain most concerned about children and farm workers.

“I think glyphosate is probably not a real strong carcinogen,” Sass said. “But the fact that it’s so widespread is a real concern.” 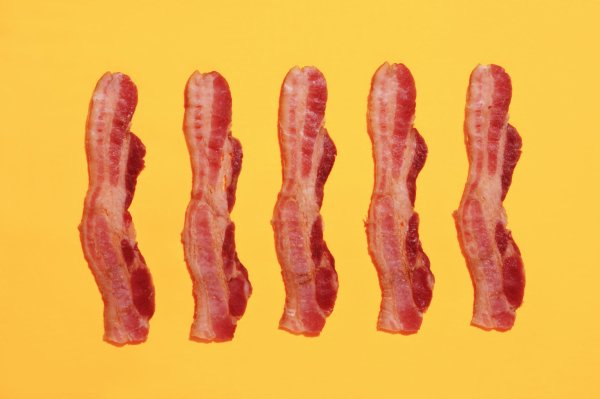