New Zealand Prime Minister John Key delivers his 2015 State of the Nation speech to the Auckland Rotary Club at the Stamford Plaza on January 28, 2015
Phil Walte—Getty Images
By Tara John

Several female lawmakers were ordered to leave New Zealand’s parliament on Wednesday after revealing that they were victims of sexual assault.

The women were responding to New Zealand Prime Minister John Key’s comments on Tuesday about a fight over detained New Zealanders, the Guardian reports. Key had told opposition members that they were “backing the rapists” after a fight over the detention of certain New Zealanders by the government of Australia.

On Wednesday, Green Party co-leader Metiria Turei told the Speaker, David Carter, that she was deeply offended by Key’s remarks. “As the victim of a sexual assault, I take personal offense at the prime minister’s comments, and ask that you require him to withdraw and apologise,” Turei said, according to the paper. A number of other MPs joined the call for an apology, referencing their personal experiences of assault.

Carter said he found Prime Minister’s comments unparliamentary, NBC reports, but said it was too late after the remarks to demand an apology. After repeated warnings, Carter ejected several lawmakers for being out of order, according to the Guardian. A number of MPs also walked out in solidarity.

“It’s deeply disappointing that the speaker and the Prime Minister do not take the concerns of sexual survivors seriously,” one lawmaker, Judie Logie, told the New Zealand Herald. “It’s completely unacceptable to trivialize the concern and experiences of so many New Zealanders in the way that has happened today.” 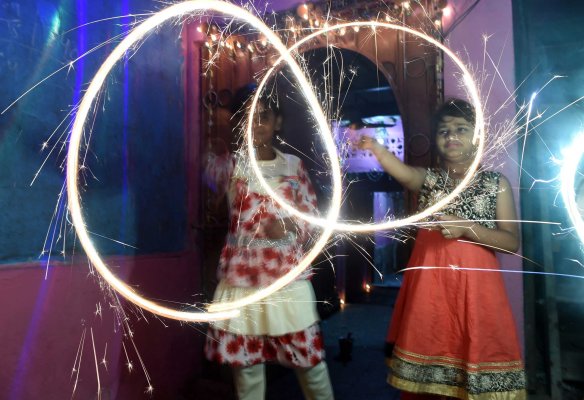 See the Best Photos of Diwali, the Festival of Lights
Next Up: Editor's Pick