It all began when the real estate bigwig answered a question on foreign policy, saying he had a good personal relationship with Russian President Vladimir Putin. “I got to know him very well because we were both on 60 Minutes,” he said. “If Putin wants to go and knock the hell out of ISIS, I am all for it, 100%.”

Fiorina responded with a shot at the front runner’s foreign policy chops, saying she had also met the Russian leader, “not in a green room for a show, but in a private meeting.”

Apparently stung, Trump cut in as Fiorina competed with Kentucky Senator Rand Paul for time on a foreign policy answer. “Why does she keep interrupting everybody?” he said, to nervous laughter and some boos from the audience. 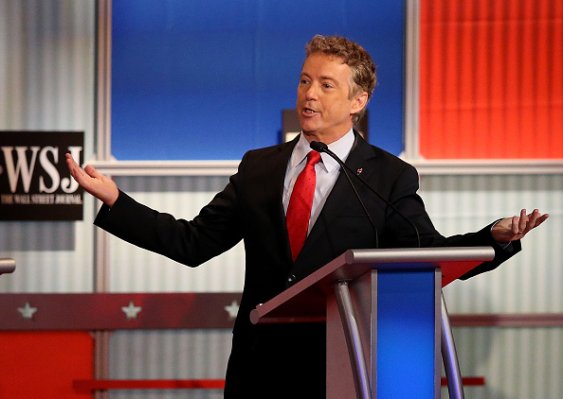