Six-year-old Jake Dooley of Dublin, Ireland, is melting hearts all over the world with his adorable reaction to the news that he will be a big brother in May.

Tommy and Teresa Dooley decided to tell their son about the pregnancy by giving him a series of cards to read, leaving little Jake in tears of joy when he realizes what was going on.

“I know you have been wishing and praying for a long time now…” reads the first card.

“I’m sorry I took so long to get here…” he continues.

Jake glances down at his own shirt in confusion, before realizing his mother is holding a T-shirt that reads: ‘This guy is going to be a big brother.’

The 6-year-old’s jaw literally drops as he excitedly exclaims to his mother, “You’re pregnant?!”

“I’m so happy,” he says while hugging his mom and crying.

The video of the teary reveal started off as a way for the couple to share the announcement with friends and family through social media, but the Dooley’s backstory has left viewers in tears of their own.

After the birth of a stillborn son three years ago, the Dooleys struggled with conception, leaving Jake hoping and praying that one day he would be able to have a younger sibling, according to TODAY.com.

“We knew he would be overjoyed but NEVER expected that reaction. I don’t think his dad or I really knew how much he wanted this,” Teresa Dooley told the news outlet. 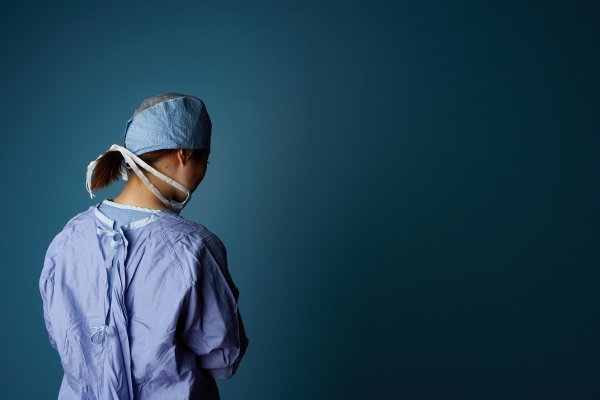 Watch Nurses Help a Little Girl With Cancer Sing 'Let It Go' From Her Bed
Next Up: Editor's Pick