T-Mobile's Latest Offer Is Great If You Love Netflix

Those who stream movies and TV shows on their smartphones won’t have to worry about maxing out their data quickly — so long as they’re using T-Mobile. The carrier announced Tuesday that it’s rolling out a new feature called Binge On starting Nov. 15, which makes it so that streaming video from certain services won’t count towards a customer’s data plan.

There are 24 services participating in Binge On, which include HBO, Netflix, Hulu, Showtime, Sling TV, StarZ, and ESPN, among others. Noticeably absent from the list is YouTube, although the company said at its press event that it’s “in discussions” with the Google-owned video streaming service.

To be clear, Binge On prevents streaming from these services as counting towards the high-speed data allotment you’ve paid for a given month. T-Mobile offers “unlimited data” with a lot of its plans — meaning you pay for a certain amount of data for the month (i.e. 6GB or 10GB etc.). Once you pass that limit, the carrier throttles you down to 2G network speeds. Binge On streaming won’t count towards that high-speed data bucket.

There is a catch, though. You can only stream video in 480p while using Binge On. When asked about the video streaming quality during the company’s press event, T-Mobile CEO John Legere said that at a smartphone’s screen size, the difference between high definition and 480p won’t be very discernible. T-Mobile is claiming that it’s equivalent to DVD quality.

There’s another caveat, too: you can only get Binge On if you’re paying for 3GB or more of high-speed mobile data from T-Mobile. If you’re on the 1GB plan you won’t get unlimited streaming, but T-Mobile says streaming will be optimized on its network to use less data.

While Binge On may be beneficial to T-Mobile subscribers, it does raise some concerns around net neutrality, as it could give big-name services some advantage over lesser-known video apps. 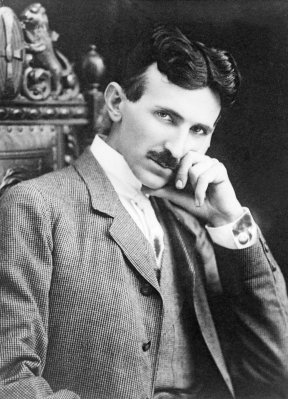 How Nikola Tesla Predicted the Smartphone
Next Up: Editor's Pick