The Walking Dead Has Found Its Next Major Villain

Following an extensive casting search, AMC’s The Walking Dead has found its next major villain.

Jeffrey Dean Morgan has been tapped to take on the iconic role of Negan, the f-bomb-dropping dastardly character from Robert Kirkman’s comic series, The Hollywood Reporter has learned.

The character, who sources say will first arrive in the season six finale directed by Greg Nicotero, is the violent leader of a group known as The Saviors who use force and intimidation to subjugate other communities — including Alexandria. Negan first appears in the landmark 100th issue when he crosses paths with Rick Grimes, who had been vocal about bringing down the man who takes half the community’s supplies in exchange for “protection” from walkers. By comparison, Negan makes David Morrissey’s The Governor look like a fluffy bunny.

Negan — who went through the casting process under the name of “Orin” — has become the primary villain in the comic series since he shockingly killed Glenn with “Lucille,” a baseball bat covered in barbed wire that he carries with him at all times. He’s still alive as of issue 145. Morgan will first join the series as a guest star before being promoted to series regular for season seven. Morgan was one of multiple actors (including Timothy Olyphant, Matt Dillon and Garret Dillahunt, among others) who were considered at some point for the role. Production on the season six finale begins this week in Atlanta.

Adding Negan into the mix comes as no surprise. Star Andrew Lincoln (Rick) told THR last season that “there are astonishingly brilliant and thrilling characters that I am convinced we would be idiots not to meet in our journey; I would be very surprised if we don’t see Negan on the horizon in the not-too-distant future.”

“What struck me, that I’ve always been excited about, is we’re coming into the sixth season of this show … and it’s the medieval part of The Walking Dead comic, where you realize that there are these isolated communities but don’t really know other ones exist,” Lincoln said. “But they’re all building and forming themselves with their own image. And then there’s a clash of those communities. That, to me, is really interesting and when it gets really exciting with all the action. It turns into this insane, near-apocalyptic landscape that we’ve never seen before. That is almost a reimagining and a restart for society and humanity. And that is such a rich thing to tell.”

Speculation that Negan would appear in season six resurfaced after Luck alum Tom Payne was cast as comics character Paul Monroe, aka “Jesus,” who eventually becomes a key member of the Alexandria community ahead of the war against The Saviors and Negan.

Showrunner Scott M. Gimple previously told THR that introducing Negan would be “challenging,” especially given the character’s penchant for f-bombs. “There’s a particular story in that arc that I’m very excited for. But because we know where we’re going, we have some opportunities to play around with it and put some things in that will lead up to [Negan and Alexandria] in different ways yet fulfill the story Robert told to the Nth degree by utilizing some slightly different approaches. Lineups and timelines and the whole nine yards.”

AMC’s Walking Dead has repeatedly teased the character’s introduction with a scene in the season five trailer depicting a member of the Terminus community poised to take a swing at Glenn’s (Steven Yeun) head with a baseball bat. The beloved character also has been seen from time to time utilizing a baseball bat as a weapon, most recently during season five when the series visited Noah’s (Tyler James Williams) home.

Furthermore, part of the backlash against Glenn’s apparent “death” comes from diehard comics fans upset that the series would “remix” Negan’s first appearance and Glenn’s ultimate demise in one of, if not the most defining moment of the comics.

“That’s one of those questions that any way that I answer could spoil five different parts of the story,” Gimple told THR when asked why the series may potentially have killed Glenn off vs. having it come via Negan. “But I hope to show you. We will be showing it. You will be learning the answer to that question as you watch. If I were to answer it now, I would wind up revealing all sorts of stuff from different directions. The lame way of saying it is: You’ll have to see.”

For Morgan, the Walking Dead role marks his latest small-screen gig. The actor, currently a series regular on CBS’ critical darling The Good Wife, previously starred on season two of the network’s Halle Berry dramaExtant. Before that, he toplined two seasons of Starz’s Magic City and had a memorable arc on ABC’s Grey’s Anatomy. On the film side, Morgan is no stranger to comic book adaptations and will play Thomas Wayne in the upcoming Batman v Superman: Dawn of Justice. He also starred in Alan Moore’s graphic novel take Watchmen. Morgan is repped by UTA, Rob Gomez Management and Bloom Hergott. 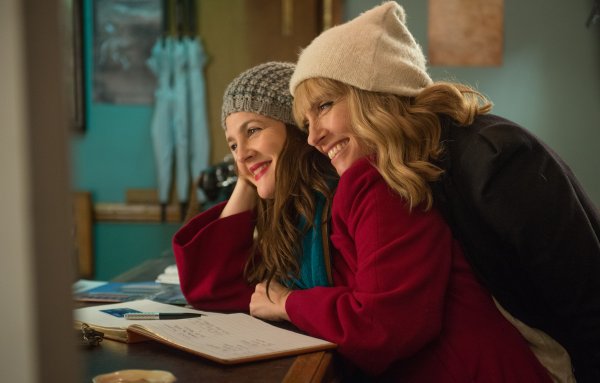 How Miss You Already Upends the Mythology of the Cancer Hero
Next Up: Editor's Pick