No, Susan B. Anthony and Elizabeth Cady Stanton Were Not Antiabortionists

Marjorie Dannenfelser, the president of the Susan B. Anthony List, a pro-life organization, recently published a piece in TIME that rides the shirtwaists of the new movie Suffragette, with its gripping dramatization of the British movement for women’s rights, to make false claims about the American suffragists Elizabeth Cady Stanton and Susan B. Anthony, and their views about abortion rights. It’s not only a stretch; it’s not true: Neither woman took a public stand on the issue, and both rarely mentioned it at all.

In this year when facts have eluded much of the political class—when saying something loudly and frequently earns it the moral equivalence of accuracy—inventing objectives that never occurred to these women is neither surprising nor original. And having hijacked Anthony’s name and fame to promote their own cause, the Susan B. Anthony List has to rewrite history to justify itself. But turning these very progressive activists into pro-life politicians makes as much sense as imagining the pyramids as ancient Cheerio boxes.

To be clear: This is not an opinion piece about abortion rights. It’s about separating opinion from history and journalism, about respecting the record and honoring facts. Trotting out the same old alleged quotes doesn’t prove a thing.

For example, if Elizabeth Cady Stanton ever suggested that it was “degrading to women” to think of children as “property to be disposed of as we see fit,” a source cannot be found. That hasn’t stopped antiabortionists from repeating the words for years, sometimes attributing them to an 1873 letter to suffragist Julia Ward Howe, author of “Battle Hymn of the Republic.” But there was no letter, because the women were together that day, listening to speeches about Enlightened Motherhood. The topic of abortion came up because one suffrage leader argued that, “No child should be brought into the world which was not the product of perfect love,” and that women sometimes needed to make choices about bearing children. In the debate that followed, Elizabeth Cady Stanton did link abortion and women’s rights but not in the way antiabortionists would have it. According to one newspaper account:

“Mrs. Stanton hoped that the majority of the audience did not understand her to speak in favor of infanticide. She only spoke of it as a fact. There was as much of it as ever, and would be until every woman was the sovereign of her own person.”

Similarly, Susan B. Anthony has become their unwitting antiabortion poster child based largely on an article she did not write. The quotes come from “Marriage and Maternity,” published in the Revolution, the women’s rights newspaper Anthony and Stanton put out for two years early in their careers. Scores of men and women wrote for its pages, creating unusually lively debate.. For the occasional articles Anthony wrote, she signed “S.B.A.,” just as she signed the postscripts in her vast correspondence. “Marriage and Maternity” is signed only “A,” a shorthand Anthony never used.

What interests antiabortionists about this article is its reference to the guilt a woman must feel, burdening “her conscience in life … her soul in death.” Ironically, they miss the context and neglect to print the rest. The point of the article is that “A” opposes any effort to criminalize abortion, as had been recently proposed by the influential New York Medical Gazette. “I cannot believe,” “A” wrote, “such a law would have the desired effect. … We want prevention, not merely punishment.” After describing men’s legal control over women, “A” laments that the “wife has…no right over her own body.” Today we call it marital rape.

Muddying the record about suffragists’ alleged stance on abortion rights is as harmful as the tactics that kept women from getting the vote in the first place. These extraordinary women would never have left their positions fuzzy if it were something they cared about strongly. Their clear goals and bold thinking about equality changed women’s worlds in both Britain and the US. And they cared as much about setting the record straight as they did about achieving their goals.

As Anthony said in 1900, “There is no history about which there is so much ignorance as of this great movement for the establishment of equal political rights for women. I hope the twentieth century will see the triumph of our cause.”

It may have taken an extra hundred years, but the only way to avoid ignorance is still by sticking to the facts. 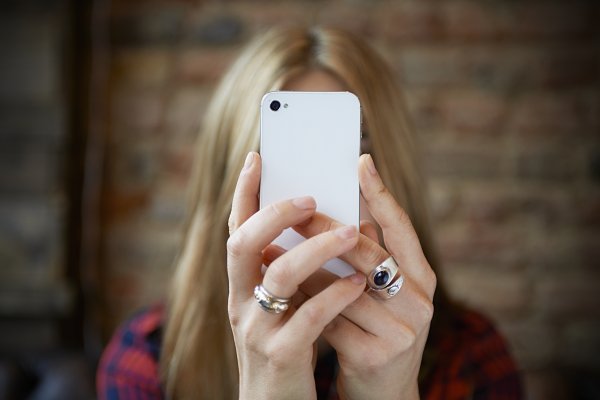 What to Do When Your Child Takes Nude Selfies
Next Up: Editor's Pick