Like a pack of ravenous direwolves to fresh meat, Game of Thrones fans craving information on the sixth season have dissected, zoomed, and CSI-ed their way into deciphering what appears on a script page leaked by French actor Elie Haddad, who reportedly joined the series this year.

Haddad had Instagrammed an image of his iPad, which shows a page from the show’s script. The actor has since deleted the photo, but watchful fans captured the shot. One tweeted it:

Keen-eyed fans have already figured out that the page involves a scene between two Dothraki. (Spoilers ahead!) The pair discuss the Khaleesi — likely Daenerys (Emilia Clarke), who encountered the Dothraki at the end of season 5 — and observe her with some of the show’s signature lewd language (“I bet she gets nice and pink when you pinch her” … “I’d like to know what a Khaleesi tastes like,” etc.)

Fans probably won’t be seeing more of season 6 other than these few lines of dialogue. And even then, those trying to gather more from the image should be cautious; after all, Game of Thrones fans know what comes of those who see what they’re not supposed to — just ask Bran. 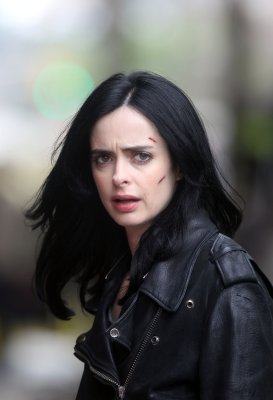