These Were Warren Buffett’s First Jobs

Warren Buffett — now worth more than $71 billion — has had a hunger for wealth since he was a tube-socked teenager.

Through numerous schemes, the would-be Oracle of Omaha amassed the equivalent of $53,000 by the time he was 16, enough money that he nearly refused his father’s request to go to college, because he didn’t see the point.

By looking through Alice Schroeder’s biography, The Snowball: Warren Buffett and the Business of Life, we can see that Buffett has always had a gift for manipulating money — and people.

Here are a half-dozen of his early hustles.

Buffett’s father, Howard, was elected to the U.S. House of Representatives when Buffett was a teen, and the family had to move from Omaha to the nation’s capital.

As Schroeder notes, the young Buffett immediately set to work making money with the most traditional of hustles — dutifully delivering newspapers. But by handing out the Post, Buffett was making more money than most grown-ups.

“Just from pitching newspapers a couple hours a day, he was earning $175 a month, more money than his teachers,” she writes.

He also sold calendars to his newspaper clients, bringing in a little extra.

If you wanted to get a golf ball on the cheap back in the 1940s, you could do worse than buying Buffett’s at $6 for a dozen.

Buffett’s friends and family thought he scooped the balls out of water traps, but the young entrepreneur got them by ordering from a provider in Chicago.

“They were classy balls,” Buffett told Schroeder. “Titleist and Spalding Dots and Maxlis, which I bought for three and a half bucks a dozen. They looked brand new. He probably got them the way we first tried to get them, out of water traps, only he was better.”

If you needed a fancy stamp, you could turn to Buffett’s Approval Service, which sold collectible stamps to collectors around the country.

The teenage Buffett partnered with his friend Lou Battistone to form Buffett’s Showroom Shine. The car-buffing business ran out of Battistone’s dad’s used car parking lot — though Schroeder reports that the duo abandoned the business when it turned out to be too much manual labor.

He set up a pinball machine business

When Buffett was 17 he had his biggest money-making idea: pinball.

He made the following pitch to his friend Don Danley:

The pinball machine was a hit: Buffett counted $4 in nickels on the first evening. The pair soon set up pinballs in barbershops all over Washington.

And he turned the horse track into a very lucrative playground

When still in Omaha, the young Buffett found a bull market in the Ak-Sar-Ben arena, a horse-racing track that operated from 1919 to 1995.

He and a friend would go to the race track, and though the duo was too young to make bets, Buffett quickly found a way to make money: by stooping, which was like dumpster diving for race track tickets.

And if the boys found any winning tickets, Buffett’s aunt Alice would cash them in for the boys.

Buffett went a step further: using his love of math and of collecting information, he and a friend put together a tip sheet for bettors at the race track. Soon they were out hawking “Stable Boy Selections,” a tip sheet that the boys typed out on an old Royal typewriter in Buffett’s basement.

“We were in the track, yelling, ‘Get your Stable-Boy Selections!'” Buffett tells Schroeder. “At 25 cents, we were a cut-rate product. They shut down Stable-Boy selections fast because they were getting a cut on everything sold in the place except for us.” 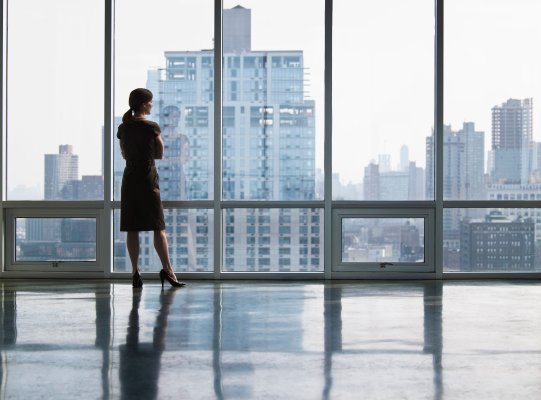 How 1 Piece of Advice Helped This Woman Start Her Own Company
Next Up: Editor's Pick