Kids Who Lose a Parent More Likely to Commit Suicide

In what would definitely win the prize for Saddest Health Discovery of the Week, a new study has found that kids whose parents die while they are young are more likely to commit suicide later in life than kids whose parents survive until they are adults.

Researchers in Denmark had previously established that kids who lost a parent were more likely to die in the next 40 years than people whose parents survived until the kids were at least 18 years old, but after they dug deeper into the data they found that part of the reason for that was that they were more likely to commit suicide.

Only about 4% of kids lose their parents while they’re young, at least in western countries with modern healthcare, and the vast majority of them manage to adapt. But others develop what the researchers call “preventable social and psychological problems.”

The numbers of those taking their own life in the ensuing years are small but significant. The study, which was done by researchers at Aarhus University, looked at government data on 7.3 million kids from Denmark, Sweden and Finland. They found 189,094 who had a lost a parent before they turned 18. They compared that with data on 1.8 million kids who went through childhood with their parents intact. They followed the outcomes for both groups for 40 years.

Kids who lost a parent were twice as likely to commit suicide as the control group, especially if they were boys. The risk was equally high no matter the cause of death, whether the parent committed suicide or not.

While the study just looked at data and could not control for such risk factors as genetics, social networks and family lifestyle, its results are borne out by an earlier study from the University of Pittsburgh, which found that kids whose parents died suddenly were at higher risk for depression and post-traumatic stress disorder.

While parents hardly need to be warned to take whatever steps they deem necessary to live for a good long time, there are other less obvious implications from the study. The Danish authors conclude that even if the kids look like they’re doing fine, therapy may well be warranted: “Our study points to the early mitigation of distress to reduce the risk of suicidal behavior among children who had a parent who died during childhood,” they write.

While the study limited its scope to families in Scandinavia, where access to health care and social services is plentiful, the situation for the many millions of kids who live in countries without such supports, or where the death of a parent is much more likely, would seem to be even more dire. 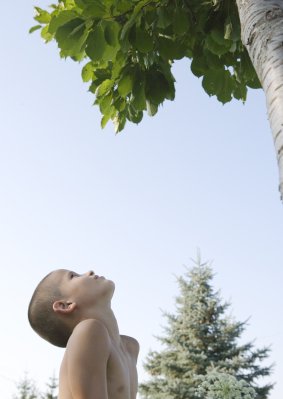 How to Help Your Kids Find a Purpose
Next Up: Editor's Pick