The terminally ill Star Wars fan who was given an early screening of the franchise’s latest installment died this week, his wife confirmed on Facebook.

Daniel Fleetwood, who was given two months to live in July, received a special screening of Star Wars: The Force Awakens last Thursday after a months-long campaign on social media to allow him to see the film before its release next month. The campaign attracted attention from around the world, including retweets from Star Wars stars Mark Hamill and John Boyega.

“He is now one with God and with the force,” Ashley Fleetwood wrote on Facebook after her husband’s passing. “He passed in his sleep and in peace. He will always be my idol and my hero.” 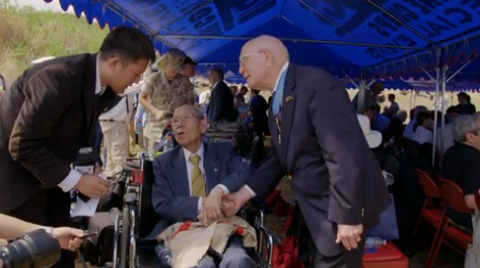 How American and Japanese Veterans of Iwo Jima Forged a Friendship 70 Years Later
Next Up: Editor's Pick