See Inside the Home of the World’s Premier Treasure Hunter

Roughly a decade ago, Arlan Ettinger invited jazz legend Thelonious Monk’s son onstage to kick off a historic auction of music memorabilia. Monk’s son raised a finger skyward and paused as the auditorium fell silent. “My dad,” Ettinger recalls him saying, “My dad Thelonious is up there somewhere about to laugh his a** off, because you people out there are going to spend big money on his old junk.”

Junk, that is, until Ettinger gets his hands on it. As the founder of New York City-based auction house Guernsey’s, Ettinger specializes in collecting oddball items that traditional auctioneers might not touch with a 10-foot-pole: Wooden carousel horses, antique beer steins, dinosaur bones and worm-eaten Cuban cigars, for instance. “The worms had long since gone,” Ettinger says of his pre-Castro smokes collection. “They proved to be completely dried out to the point that, like strudel, the outer wrapping would just fall apart in your hands.” The first box sold for $10,000.

That, in a nutshell, is how Ettinger turns one person’s trash into another’s treasure. “It’s the history of the object that is typically more important than the worth of the object on its own,” he says. Ettinger, 70, came into the auction business some four decades ago, after he noticed that traditional auction houses lacked the requisite flair and showmanship to draw a large audience of bidders.

“All auctions were being marketed or promoted the same way,” he says. “Which means that you ran as many advertisements in whatever publications that you could afford, and that was it. And in a way you were preaching to a choir, the same collectors over and over and over again who had read those specific magazines.”

As an advertising executive, Ettinger saw an opportunity to draw a much larger crowd. “The way to do that was to that was to get the attention of the media,” he says. Rather than scour the world for priceless works of art, Ettinger focused on collecting historical curiosities on a massive scale. He held the first ever auction of artwork from the Soviet Union, Holocaust-era posters, and more recently, 100 treasures recovered from shipwrecks. “I was given a report following that auction by a publicist that documented the fact that half a billion people, 500,000,000 people around the world, were exposed to news about that event occurring,” Ettinger says.

Later this week, Guernsey’s is set to auction off a unique and massive collection of original tattoo art from around the world. It says it’s the largest collection of the stuff ever auctioned off.

Ettinger recently offered TIME an exclusive tour of his private estate, Sugar Hill Farm, situated on more than 100 acres of rolling farmland in northwestern Connecticut. He claims that his house sits atop one of the highest private hilltops in the region. But what really sets it apart is the curiosities collected over four decades of unusual auctioneering. It’s not a home so much as a time capsule for strange and forgotten eras. Watch above for more.

Write to Arpita Aneja at arpita.aneja@time.com and Julia Lull at julia.lull@time.com. 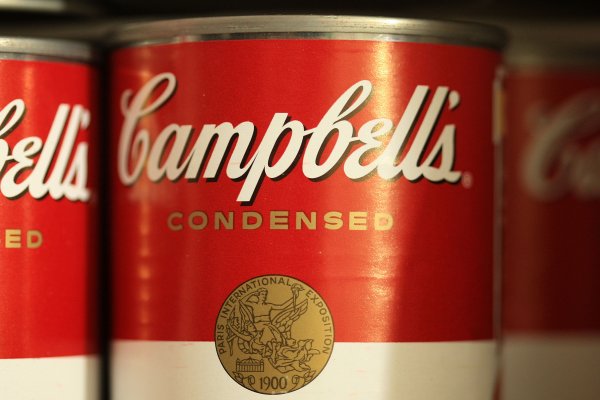