Four Hong Kong publishers known for their racy texts critical of communist leaders in mainland China have apparently disappeared, leading some to suspect that they have been detained by authorities across the border.

Sage Bookstore, an outlet for politically sensational books about Chinese leaders in Hong Kong’s bustling Causeway Bay district, has been shuttered since October, when Gui Haiming, a Swedish citizen who owns the shop’s parent company, failed to return from a holiday in Thailand. Lu Bo, the company’s general manager, and Zhang Zhiping, an employee, went missing shortly thereafter while visiting family in mainland China, according to a report by Radio Free Asia (RFA). The bookstore’s manager, Lin Rongji, is also missing, RFA says.

Paul Tang owns a left-wing bookstore nearby that sells works published by the group. “[One of our employees] worked there for two days, and when she went back on the third day, it was closed, with a notice that it was undergoing ‘urgent renovations,’” Tang tells TIME. “We then tried to contact the owner, but there was no way to get through to them.”

Sage’s catalog, which boasts bold titles like The Collapse of Xi Jinping in 2017, is often sordid in its subject matter and lurid in its prose. But for mainland tourists visiting Hong Kong — a Special Administrative Region of China that officially falls outside the immediate purview of Beijing’s authority — the books offer a rare alternative to the state-dictated media narrative back home.

“The [books] are often not true, and Chinese customers know that it’s just gossip — that they can only believe 50% of it — but it’ll catch their eyeballs and they’ll buy one or two,” Tang says.

Tang believes there is “no doubt” that the four individuals are facing punitive measures for their work, pointing to recent efforts to silence those in Hong Kong who speak out against Beijing. In January 2014, a then 72-year-old retired engineer named Yiu Mantin was arrested for smuggling chemicals into China — a charge, Yiu’s family believe, that in fact served to punish him for a book about Chinese President Xi Jinping he had published in Hong Kong.

“Press freedom is under enough of an assault in Hong Kong with rampant self-censorship and attacks on reporters. Now, journalists here have to fear traveling abroad,” Tom Grundy, founder and editor of Hong Kong Free Press, a news website launched earlier this year in response to a perceived crackdown on media freedom here, tells TIME.

“It seems that one doesn’t even have to be mainland Chinese, nor even within China’s borders, to be subjected to Beijing’s intolerance for criticism,” he adds. “So much for noninterference.” 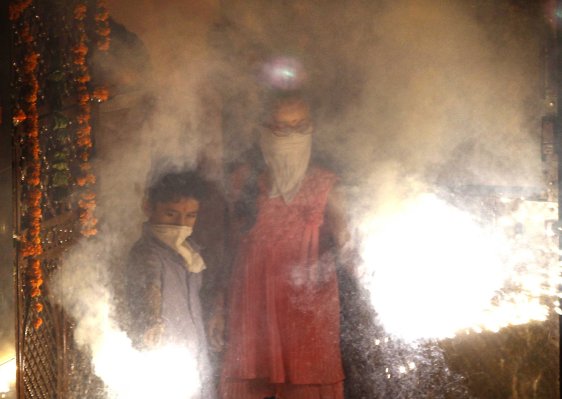