Maybe this is what “heavy metal” should be from now on?

Baltimore-based experimental music duo Matmos has announced that their new album, Ultimate Care II, will be composed entirely of sounds made by the Whirlpool Ultimate Care II washing machine in the basement of the group’s home.

The album will run in a single, continuous 38-minute “experience” (the length of one of its wash cycles) that begins with the sound of the machine’s wash size selection knob and ends with its “cycle finished” noise. In between, the machine is pounded like a drum and its various operational noises are sampled and processed until they reflect very little of the original source.

Take a listen to a sample from the album below:

It’s far from the strangest thing the duo has made music with: They’ve played shows with canisters of helium at Radio City Music Hall and also “played” the, ah, uterus and reproductive tract of a cow at the San Francisco Art Institute at one point. 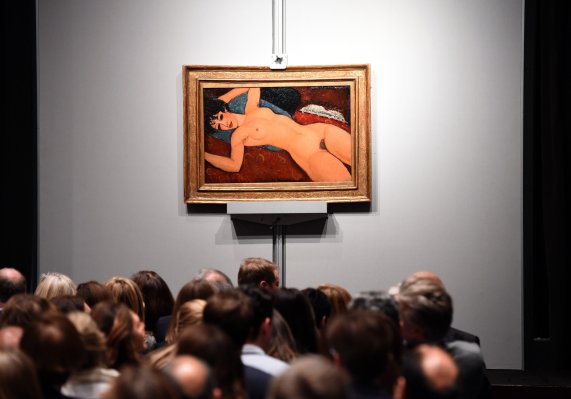 Modigliani Nude Sells for Record $170.4 Million at Auction
Next Up: Editor's Pick