Editor’s note: Here’s how you can watch the January 14 Fox Business Network debate

Viewers will be able to watch the slimmed down field of main stage candidates at Tuesday’s Republican presidential debate for free online.

Fox Business Network and the Wall Street Journal, hosts of the fourth Republican debate, will make a stream available online at Foxbusiness.com, without requiring viewers to have a cable subscription to tune in.

The undercard debate is up first, featuring a reconfigured lineup of the lowest-polling candidates. It kicks off at 7 p.m. ET with candidates Chris Christie, Mike Huckabee joining Rick Santorum, Bobby Jindal. Failing to qualify for this debate were: Jim Gilmore, George Pataki and Lindsey Graham.

The main debate is moderated by FBN anchors Maria Bartiromo and Neil Cavuto alongside the Journal’s top editor, Gerard Baker. The Republican National Convention-sanctioned debate will be held at the Milwaukee Theatre in Milwaukee.

Read Next: How Fox Business Anchors Are Preparing for Tuesday’s Debate 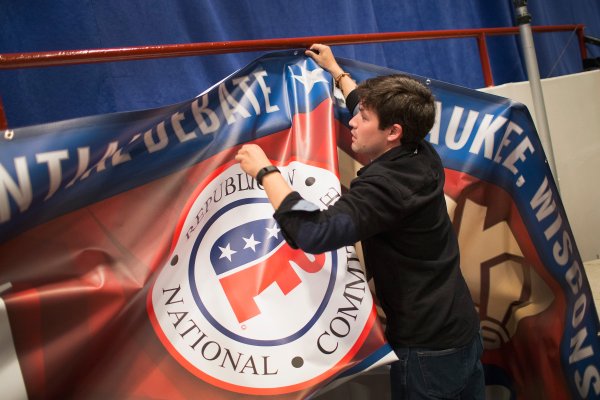 What Each Candidate Needs to Do at the GOP Debate
Next Up: Editor's Pick