Volkswagen Will Hand Out Gift Cards to Diesel Owners

The Volkswagen logo is seen at a Volkswagen dealer in Berlin on Sept. 22, 2015.
Odd Andersen—AFP/Getty Images
By John Kell / Fortune

Beleaguered Volkswagen is reportedly planning to offer $1,000 gift cards and vouchers to owners of small diesel cars, as the German auto company aims to win back the trust of drivers.

The offers, reported by the Associated Press, would be a gesture of goodwill to owners with diesel engines that have been caught up in an emissions cheating scandal that surfaced in September. The AP story came a day after The Wall Street Journal reported that sales incentives would be a way that Volkswagen would aim to win back the trust of customers and dealers, a move that a Volkswagen spokesman confirmed, though no details were confirmed. It is being reported that owners would get a $500 Visa debit card and a $500 voucher for oil changes, services or merchandise from dealers.

Volkswagen’s sales have so far suffered in the wake of the scandal. The auto industry’s new-car sales rose 13.6% in October, as demand stayed strong for pickups and SUVs thanks to low gas prices. But Volkswagen badly trailed the company’s peers with a slim 0.2% increase for October. At the time of that report, Mark McNabb, chief operating officer of Volkswagen of America, sid the auto company was “committed to making things right and actively working to restore trust.”

All of this will come at a great financial cost to Volkswagen. Recently it was reported that the automaker – which understated the fuel consumption and carbon dioxide of hundreds of thousands of vehicles sold in Europe – said it would pay for extra taxes incurred by drivers as a result. 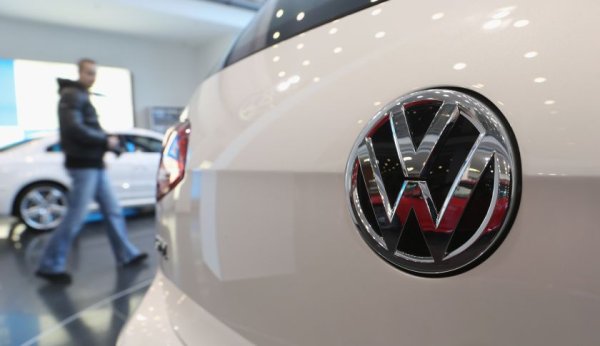 Volkswagen Says Even More Cars Could Have Cheating Software
Next Up: Editor's Pick