When 'Skinny Fat' Is More Dangerous Than Obesity

A new study, published in the journal Annals of Internal Medicine, reports that normal-weight people who have fat around their middle have a greater mortality risk than people who are overweight or obese with regular fat distributions.

To reach these findings, the researchers looked at survey results for 15,184 adults between ages 18 and 90. The people in the study had about 14 years of follow-up data, which the researchers used to look at how risk for heart-related morality and total risk of death were linked to the distribution of fat.

They found that people with normal weight central obesity—having a normal body mass index (BMI) but a high hip-to-waist ratio—had a higher risk of death than those who had a high BMI but a more even fat distribution.

Though the study wasn’t designed to determine the reasons “why”, the authors speculate on one possible culprit: visceral fat, or the fat stored around the belly. Visceral fat is thought to be more metabolically dangerous than the more typical subcutaneous fat, and it can increase insulin resistance and inflammation. It could be that people with more visceral fat are at a higher risk for heart-related issues and other health problems that can contribute to mortality risk. “Persons who are overweight or obese based on BMI may have larger amounts of subcutaneous fat in the hips and legs—fat linked to healthier metabolic profiles,” the study authors write. “This may explain the unexpected better survival in over-weight or obese persons, even among those who were centrally obese.”

The surprising findings add to the debate over the “obesity paradox,” where people who are obese, in some cases, survive longer with health issues compared to people of lower weights. Other research has shown that some people who do not appear obese and have a normal BMI can have a higher mortality risk.

But the findings don’t necessarily mean that people who are overweight or obese are healthier than people who are a normal weight; obesity is considered a risk factor for heart disease and diabetes. They do suggest, however, that people who are normal weight but carry significant body fat around their midsection are a possible target group for lifestyle changes, the study authors say. “Our findings may have significant clinical implications because persons with normal BMI and central obesity were not considered a priority population for prevention programs by guideline developers,” the researchers write.

The study also underlines the idea that while BMI has been useful in many ways, it remains an imperfect measurement. Various researchers have pointed out that the measurement doesn’t distinguish between fat and muscle, and muscle tends to be heavier; nor does it take into account where a person is holding their fat. In their study, the researchers looked at both BMI and waist-to-hip ratio.

“To better target persons at greatest risk, such as those who already have excess or increasing levels of adiposity or those with disproportionate abdominal fat in relation to BMI, these new data provide evidence that clinicians should look beyond BMI,” writes Dr. Paul Poirier of Université Laval in Quebec, Canada, in a corresponding editorial.

More research is needed to understand the factors that can contribute to the development of normal weight central obesity and the link to health outcomes, the researchers say. In the meantime, they argue that a combination of using BMI and other measurements to assess central body fat is worth consideration. 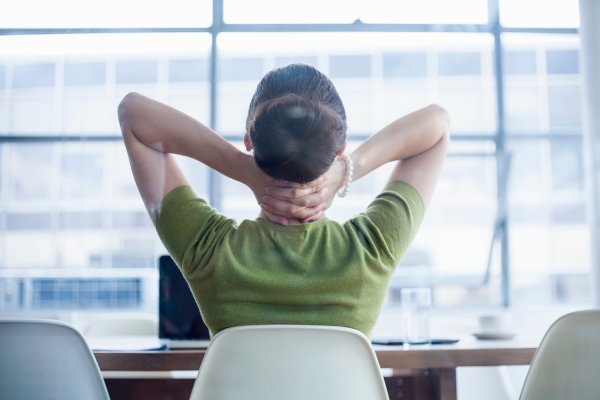