It’s not quite as expensive as the top-of-the-line Apple Watch, but TAG Heuer’s new smartwatch is definitely a luxury product. Unveiled Monday, the TAG Heuer Connected is a $1,500 smartwatch that runs on Google’s Android Wear software and Intel hardware.

When it ships on Nov. 9, the Connected will come with three digital dials: the chronograph, the three-hand dial, and the GMT dial. Other than its Swiss-inspired design, the TAG Heuer Connected differs from most smartwatches in the way its interface is displayed. The time hands remain on the watch’s display even when an app is open. The most important information from an app is displayed inside the three counters on the chronograph dial positioned at 12, six, and nine o’clock. If there’s a part of an application that needs to be expanded, the user can simply tap on that information to launch the app in full screen mode.

Some of the apps optimized for this interface include golfing app GolfShot Pro and motor-racing app RaceChrono Pro.

The Connected measures 46mm in diameter. Its case, back, and lugs are made of a specific type of titanium that the company says is lighter and more resistant to damage than materials such as steel or gold. Its textured rubber strap will be available in six colors, including red, blue, white, orange, green, and yellow. The watch comes with a black strap by default.

Like most smartwatches, the TAG Heuer Connected communicates with your smartphone to deliver notifications and alerts to your wrist. The company says that even when your phone isn’t nearby, the Connected will remain online as long as it’s tied to a wi-fi connection. Other smartwatches, such as the Apple Watch, also offer this feature.

The TAG Heuer Connected is one of the most expensive Android Wear watches yet. Most other high-end Android smartwatches, such as the new Moto 360 and Huawei Watch, are priced around $300-$450.

The Connected is also another sign that the fashion world is trying to work more closely with technology companies. For example, Intel previously worked with Opening Ceremony to launch its MICA smart bracelet, which features an 18-karat gold coating and costs $495. 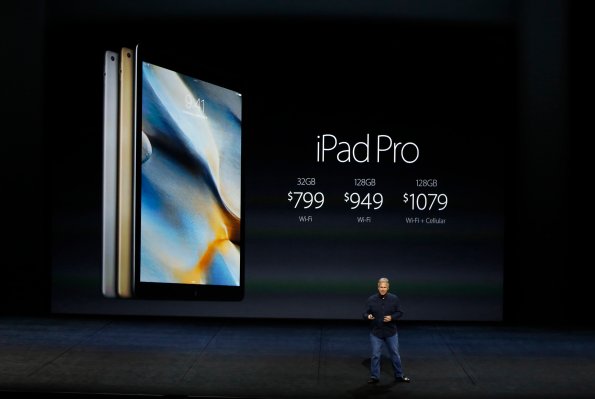 Here's When Apple's Biggest iPad Ever Goes On Sale
Next Up: Editor's Pick