Amber Rose Explains How to Make a Million Dollars

By Sarah Begley and Salima Koroma

When it comes to business and financial advice from women, the likes of Suze Orman or Sheryl Sandberg might come to mind first. But in her new book How to Be a Bad Bitch, model and actress Amber Rose offers money tips that may appeal to a new set of future entrepreneurs.

“I feel like I’m in a position to give advice to women because I’ve made all of these mistakes,” Rose tells TIME. For instance, she says, “one of the biggest financial mistakes that I ever made was making a lot of money—I wanna say I made $1 million in 2011—and I spent all of it. And then after that, I had to pay taxes, and I did not have money for the taxes, and I was like, ‘I cannot believe I did this.’ And I really had to start over … I know a whole lot of people that don’t pay taxes. And it comes back to bite you in the ass. Trust me. So I did pay all my taxes off, and I feel amazing now, but it took a lot of hard work.”

Okay, making $1 million in a year may be something more women aspire to than relate to. But Rose’s humble origins in South Philadelphia and early career as an exotic dancer prove just how big an achievement that 2011 paycheck was. In her eyes, those early years laid the groundwork for her future success. “Being a dancer definitely was like being in business school,” she says, “because I constantly spoke to people. I mean, I literally had to persuade a man to give me money out of his pocket. And I apply that to my daily life. Even getting a book, you have to have an initial meeting—Hi, Simon and Schuster!—with the publisher, and you have to sell yourself.”

So how can young women getting started in their careers start climbing the ladder? Rose says it’s important to think about your specific goals, consider when you want to have a family, and find mentors who you can look up to while still following your own path. “Really, fully research every aspect of the business that you’re trying to get into,” she says. Explain to your friends that you won’t always be able to hit the club with them when you’re trying to save money. “If they’re your friends, they’ll respect it,” she says. “Tell them that you’re trying to save up for whatever it may be, and if they want you to come out with them then it has to be their treat. As women, we’re fortunate enough to use our seductive skills in order to be able to get money from our significant others. I also talk about seduction in the book. A lot of women don’t know how to seduce a man. It is extremely easy once you get to that point, and you can get anything you want out of them. And I know it might sound messed up, but once you get to that point, it’s not using. It’s not using a man, it’s literally getting what you want by any means necessary.”

Rose applies a similar outlook to getting what she wants from her own staffers. “I have employees that work for me personally, and I pride myself on being an amazing boss, because I never want them to feel like they don’t wanna wake up and work for me every single day,” she says. “I want them to go harder for me, and without me even knowing it, you know? Like, really saying, ‘I did all these extra things just for you, just because you’re really cool to work with.'”

As for those who raise an eyebrow at Rose’s claims to expertise on running a successful business, she’s unfazed. “I am a mogul. I have a bunch of businesses, I’m now an actress, I’m an author, I went on an entire world tour and I don’t even sing. So if that doesn’t tell you that I am an entrepreneur, then I don’t know what does.” And as for those who diminish her achievements because of her past, she thinks they’re working on a double standard. “The fact that I was a stripper does not take away the fact that I’m smart, that I am witty, that I am capable of running my own business,” she says. “There’s famous guys that were drug dealers back in the day, and no one ever brings up that fact. But as a woman, they bring up the fact that I was a hustler. And it’s extremely unfair, and I just don’t tolerate it.”

“They belittle me like I’m just some baby mama,” Rose says, still mad about a recent GQ profile that introduced her as “Kanye’s infamous ex [and] Wiz Khalifa’s baby mama” before acknowledging her own accomplishments. “I was married—I still am married, actually. And I do have a beautiful son. I’m not a baby mama. I’m so much more than a baby mama. So, how f—ing dare you? You know what I’m saying? And to see the comments from women, saying like, ‘Well, you are a baby mama,’ it’s just like, ‘Girl, you are so lost. You are not just a baby mama. Let’s help each other.'” 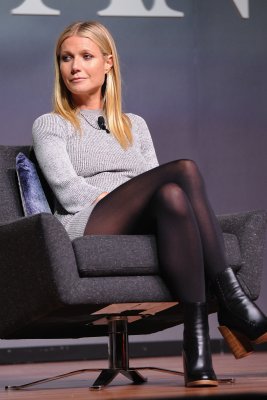