Samsung Will Give You Free Stuff to Buy a Galaxy Phone

Samsung really wants customers to buy one of its Galaxy phones this holiday season.

The South Korean company has launched a new promotion in which buyers can get up to $350 worth of accessories and rebates when buying a Galaxy S6, Galaxy S6 Edge, Galaxy S6 Edge+ or Galaxy Note 5. Shoppers also have to activate Samsung Pay, the company’s mobile payments service, on a Galaxy phone to get that full value. The offer is valid until Nov. 19.

The former includes one of Samsung’s fast-charging portable battery packs, a wireless charging pad, and a Swarovski Crystal Cover, which is a $220 value. The Level On pack also includes the wireless charging pad and fast-charging portable battery, but comes with a pair of Level On headphones instead of the crystal cover, which equals a $300 value. The remaining $50 comes from a rebate deal Samsung is offering once buyers register a credit card with Samsung Pay.

Those trading in an iPhone for a Galaxy phone will get $100 in Google Play credit, too.

The offers are Samsung’s latest ploy to coerce those in the market for a new smartphone to buy one of its newest Galaxy phones over Apple’s iPhone and other competing devices. Samsung announced a deal at the end of September in which it offered to pay a customer’s monthly device payments through 2016 after buying a Galaxy S6, Galaxy S6 Edge, Galaxy S6 Edge+ or Galaxy Note 5.

When Samsung’s Galaxy S6 and Galaxy S6 Edge launched earlier this year, they struggled to keep up with the iPhone in terms of sales, according to data The Wall Street Journal highlighted from Hong Kong-based firm Counterpoint Technology Market Research. The firm found that six weeks after the phones’ launch, Samsung shipped 10 million units to distributors and retailers. Of those 10 million shipped devices, six million sold to end users, according to the report. Based on those figures, the Galaxy S6 outpaced its Galaxy S5 predecessor, but didn’t sell as well as the iPhone.

Still, Samsung has established itself as the top-selling smartphone brand in the world despite consecutive quarters of falling profits. The International Data Corporation found that Samsung phones accounted for 21.4% of the world’s smartphone market share as of Q2 2015, compared to Apple’s 13.9% share. 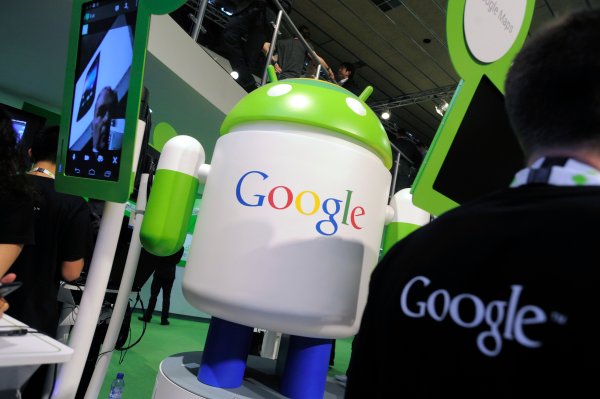 This Could be Google's Next Move to Fight Apple's iPhone
Next Up: Editor's Pick