A new study published Monday in the journal Cancer links increased meat consumption to a higher risk for kidney cancer, also suggesting that cooking process may be a factor.

In the study, researchers looked at the diets and genetic information of 659 University of Texas MD Anderson Cancer Center patients who were recently diagnosed with renal cell carcinoma, which is the most common form of kidney cancer. They then compared these people to 699 healthy men and women.

The researchers estimated the men and women’s meat consumption and their exposure to mutagens (compounds that can cause a genetic mutations) in meat that are created when meat is cooked at high temperatures over an open flame, like grilled or pan fried. Cooking meat in this way can create carcinogens.

The study comes on the heels of a World Health Organization report that declared processed meat a carcinogen, and said red meat could be as well.

MORE: The science behind how bacon causes cancer

The researchers found that the patients with kidney cancer ate more meat—both red and white—compared to the people in the study without cancer. They also reported a higher risk of kidney cancer associated with the consumption of two mutagens.

“We found elevated RCC risk associated with both meat intake and meat-cooking mutagens, suggesting independent effect of meat-cooking mutagens on RCC risk,” study author Dr. Xifeng Wu, a professor of epidemiology at MD Anderson in a statement. The researchers say their findings suggest that how meat is cooked is a factor that contributes to the higher risk of kidney cancer linked to meat consumption.

In addition, the researchers also found that men and women with a specific genetic mutation were more vulnerable to the risk associated with meat consumption, suggesting genetics may also have a role.

The researchers only found a link between meat consumption and kidney cancer risk. They did not find that meat consumption causes cancer and more research will need to be done to explore the connection. Also of note, the researchers do not say people should stop eating meat. They recommend meat be consumed in moderation. When cooking meat, they also recommend that cooks avoid charring or burning the meat.

Read more: The War on Delicious 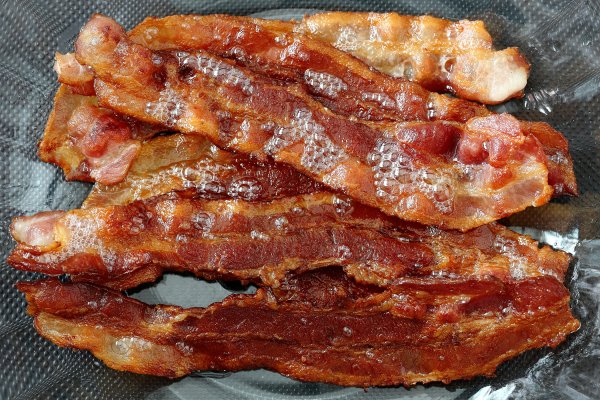 The Science Behind How Bacon Causes Cancer
Next Up: Editor's Pick