Where We Stand a Year From Election Day

Sunday marked one year out until Election Day 2016. Here, in brief, is where the race stands :

The Democrats: Hillary Clinton’s status of the all-but-certain front-runner is secure going into the next Democratic debate Saturday. Rising in the polls following her performance in last month’s onstage contest, the former Secretary of State has put a stop to Bernie Sanders‘ momentum and Martin O’Malley has shown no signs of catching fire.

The Republicans: It’s chaos out there, with Donald Trump and Ben Carson leading in the polls, and Ted Cruz and Marco Rubio gearing up to surge. Meanwhile Jeb Bush is plotting his reboot and Chris Christie and John Kasich are hoping New Hampshire will punch their ticket. The 14-candidate field will face off again Tuesday night in Milwaukee.

The general election: While Democrats face the historical challenge of trying to follow up a president of their own party, Republicans are still struggling to expand their reach beyond their traditional base. The GOP faces an exceedingly tough map, requiring a near complete sweep of the swing states, while Democrats—who start off with more likely electoral votes owing to their power in larger states— can foil Republican chances with a few strategic pick-ups. But at the end of the day, it’s candidates who shape the race—and who Republicans nominate (against Clinton) will be the key factor whether they stand a chance at reclaiming the White House.

To the day’s news: Rubio released two years’ worth of credit card records detailing his spending on a Florida Republican Party credit card, revealing little in the way of wrongdoing, but reinforcing questions about his financial management. A confident Clinton is looking to the general election. President Obama killed the Keystone XL pipeline Friday, giving Republicans a potent talking point on the stump and sending environmental activists cheering. Carson is firing back at the media amid scrutiny of his personal narrative, while Trump pounces on his rival.

And the Fox Business Network anchors moderating Tuesday’s debate are trying to avoid the mistakes of the previous contests.

How Christie and Huckabee Will Work Around Debate Diss
The duo instead will retreat to New Hampshire, Iowa [TIME]

Rubio and Cruz: From Similar Backgrounds, a Study in Contrasts
After standout performances in Colorado, candidates see rise in donations and poll standings [Wall Street Journal]

“I guess a book was written, I don’t know where this all came from, but a book was written before he ran for politics, but he said he has pathological disease in the book. When you have pathological disease, that’s a very serious problem because that’s not something that’s cured. That’s something that you have to live with, and that’s a very serious thing to have to live with.” — Donald Trump raising questions about Ben Carson on ABC’s This Week

A Decade Into a Project to Digitize U.S. Immigration Forms, Just 1 is Online [Washington Post] 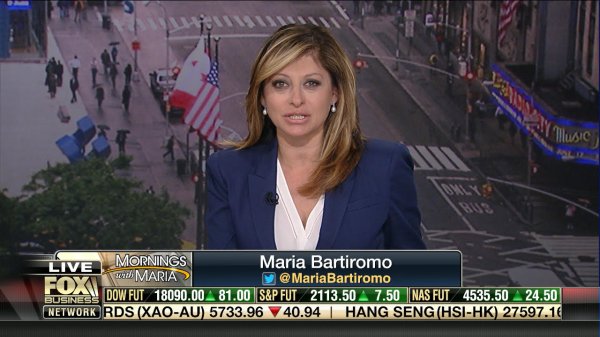 How Fox Business Anchors Are Preparing for GOP Debate
Next Up: Editor's Pick