Britney Spears is on a brief hiatus from her Las Vegas residency, so you won’t be able to see her perform live again until late next month — but you can still get your Brit-fix in the meantime. A previously unheard studio version of Spears’ “Burning Up” cover surfaced online this week, nearly three years after the pop star performed the Madonna classic on her Femme Fatale tour.

A remixed demo of the cover leaked in 2011, but this version is reportedly the original.

It’s not the first time the pop princess has paid tribute to the queen of the form. Spears collaborated with Madonna on her single “Me Against the Music” in 2003. And while the “Burning Up” demo isn’t exactly new material, it should work to quench fans’ desire until the “Gimme More” singer takes the stage again on April 25. 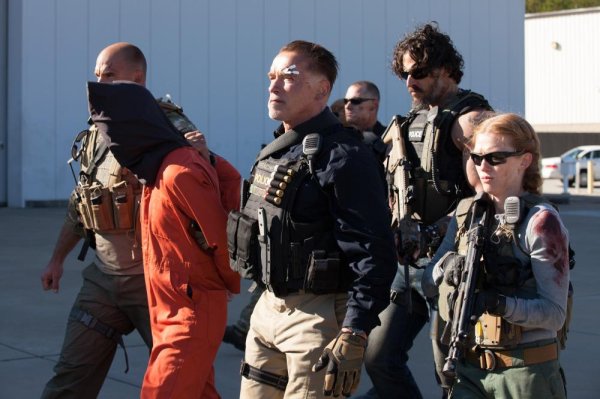 REVIEW: 'Sabotage' Sends Schwarzenegger Back to Brutal Basics
Next Up: Editor's Pick